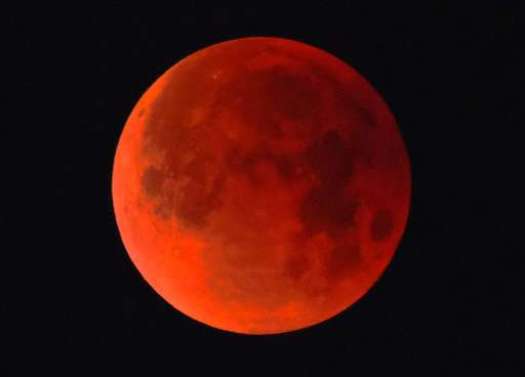 It’s the first time in 35 years a blue moon has synced up with a supermoon and a total lunar eclipse, or blood moon because of its red hue.

Hawaii and Alaska had the best seats, along with the Canadian Yukon, Australia and Asia. The western U.S. also had good viewing, along with Russia.

At the Griffith Observatory in Los Angeles, hundreds gathered on the lawn in the wee hours, under clear skies. Traffic was backed up more than a mile around the observatory. Sky-gazers also lined the beach near the Santa Monica Pier, some snapping photos and others reclining in the sand, their faces turned upward.

John Cook joined fellow photography enthusiasts at the pier, using the Ferris wheel and roller coaster for his foreground.

“It was incredible,” said Cook, a visual effects artist for films. Photographers also gathered at the Telegraph Hill neighborhood of San Francisco, striving to get the famous Coit Tower in their moon shots.

The U.S. East Coast, Europe and most of South America and Africa were out of luck for the eclipse. But at Cape Canaveral, Florida, where a rocket delivered America’s first satellite to orbit exactly 60 years ago—Explorer 1—the blue super moon loomed large in the sky. 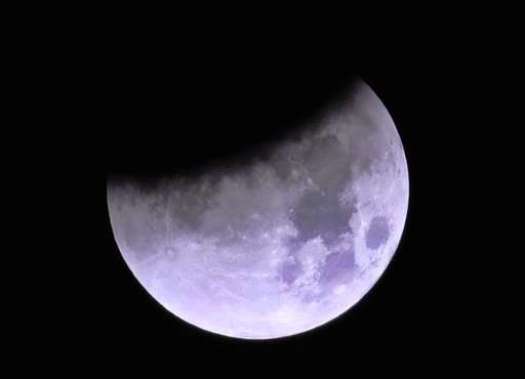 The second full moon in a calendar month is a blue moon. This one also happened to be an especially close and bright moon, or supermoon. Add a total eclipse, known as a blood moon for its red tint, and it was a lunar showstopper.

NASA called it a lunar trifecta: the first super blue blood moon since 1982. That combination won’t happen again until 2037. The next total lunar is in July.

NASA lunar scientist Noah Petro said he was astonished—and thrilled—by all the attention and fuss. The total solar eclipse that swept across the U.S. in August contributed to Wednesday’s buzz, he noted. Missing out on the eclipse from his home in Virginia, he watched the event online Wednesday morning with his two children, ages 3 and 7.

“I hope that people use this as an opportunity to dig in a little more and learn about our own planet, our wonderful sister planet, the moon, and the sun and all the other great objects in the solar system,” Petro said on his way to work at Goddard Space Flight Center in Greenbelt, Maryland. 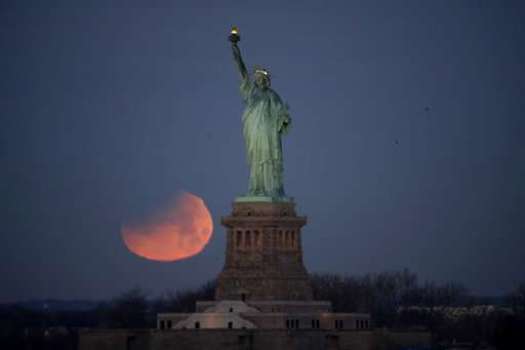 A total lunar eclipse—considered the most scientific of Wednesday’s threesome—occurs when the sun, Earth and moon line up perfectly, casting Earth’s shadow on the moon.

Scientists were keen to study the sharp, sudden drop in temperature at the lunar surface as Earth’s shadow blankets the moon. During the more than one hour of totality, the temperature was expected to plunge 100 degrees Fahrenheit (38 Celsius), said Petro. He’s deputy project scientist for NASA’s Lunar Reconnaissance Orbiter, circling the moon since 2009. His team took special precautions to keep the spacecraft warm during the eclipse.

For the trivia crowd, the moon was 223,820 miles (360,200 kilometers) away at the peak of the eclipse, close enough for supermoon status.