The achievements of astrophysicists this year were as groundbreaking as they were varied. From reuniting a lander with a mothership on a comet, to seeing the most extreme cosmic events with gravitational waves, 2016 was truly out of this world for science. 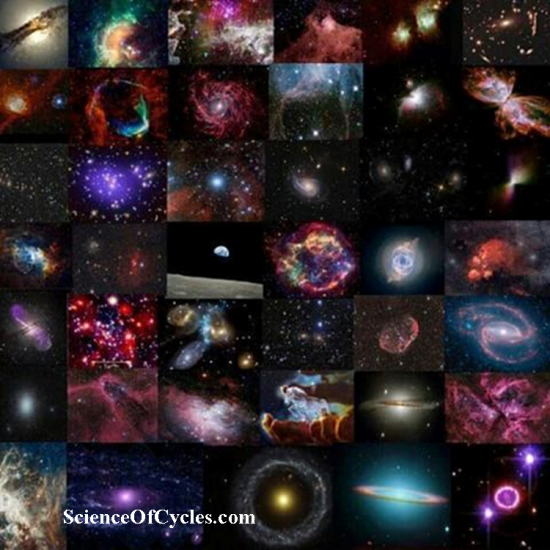 Here are some of the highlights of the year that was.

1. Gravitational Waves
The spectacular announcement that ripples in the very fabric of spacetime itself had been found (and from surprisingly massive black holes colliding) sent similarly massive ripples through the scientific community. The discovery was made using the Laser Interferometer Gravitational-Wave Observatory (LIGO) and represents a fundamentally new sense with which to see the universe.

The gravitational waves cause one arm of the LIGO detector to stretch relative to the other by less than a thousandth of the width of a proton in the centre of the atom. Relatively speaking, that’s like measuring a hair’s-width change in the distance to the nearest star.

This discovery was the end of a century-long quest to prove Einstein’s final prediction that these gravitational waves are real. It also allows us to directly “see” that famously and fundamentally invisible entity: the black hole (as well as definitively proving its existence). The fact that the two black holes collided 1.3 billion years ago and the waves swept through Earth just days after turning the detector on only add to the incredible story of this discovery.

2. SpaceX lands (and crashes) a rocket
The year started so well for SpaceX with the incredible achievement of sending a satellite into orbit, which is no mean feat itself at such low cost, before then landing that launch rocket on a barge in the ocean. A seemingly unstoppable sequence of launches and landings made it appear that a new era of vastly cheaper access to space through rockets that could be refuelled and reused was at hand.

Unfortunately, with the explosion of a Falcon 9 on the launchpad, the company was grounded, but apparently hopes for a resumed launch in early January. Add to that the visionary plans to settle Mars outlined by Elon Musk, albeit not without some audacious challenges, and it’s been a year of highs and lows for SpaceX.

3. Closest star may harbour Earth-like world
Proxima Centauri is our Sun’s nearest neighbour at just over four light years away, and it appears that its solar system may contain an Earth-like world. Until this year, astronomers weren’t even sure that any planets orbited the star, let alone ones that might harbour the best extrasolar candidate for life that spacecraft could visit within our lifetime.

The planet, creatively named “Proxima b”, was discovered by a team of astronomers at Queen Mary University in London. Using the light of Proxima Centuari, the astronomers were able to detect subtle shifts in the star’s orbit (seen as a “wobble”), which is the telltale sign that another massive object is nearby.

While Proxima Centuari is barely 10% the size of our Sun, Proxima b’s orbit is only 11 days long, meaning it is very close to the star and lies just within the so-called habitable zone. However, follow-up with either Hubble or the upcoming James Webb Space telescope is necessary to determine if the exoplanet is as well suited for life as Earth.

4. Breakthrough Listen listening and Starshot star-ted
With a potential Earth twin identified in Proxima b, now the challenge is to reach it within a human lifetime. With the breakthrough initiative starshot, which has been funded by Russian billionaire Yuri Milner and endorsed by none other than Stephen Hawking, lightweight nanosails can be propelled by light beams to reach speeds up to millions of kilometres an hour.

Such speeds would allow a spacecraft to arrive at Proxima b in about 20 years, thus enabling humans to send information to another known planet for the first time.
However, there are many challenges ahead, such as the fact that the technology doesn’t exist yet, and that high-speed collisions with gas and dust between stars may destroy it before it can reach its target.

But humans have proven to be resourceful, and key technology is advancing at an exponential rate. Incredibly the idea of sailing to another world is no longer science fiction, but rather an outrageously ambitious science project.

Perhaps, aliens are already sending out their own information in the form of radio transmissions. In another breakthrough initiative called Listen, also championed by Hawking, astronomers will be searching the habitable zones around the million closest stars to try to detect incoming radio transmissions. Involving Australia’s very own Parkes telescope (as well as the Green Bank Telescope and Lick Observatory at visible wavelengths of light), observations have been running through 2016 and the search for alien signals will continue for the next decade.

5. Philae reunited with Rosetta
In 2014 the Philae lander became the first space probe to land on a comet, and even though its crash landing dictated that its science transmission would be a one-off, its recent rediscovery by Rosetta has allowed it to continue to contribute to analysis of comet 67P.

Philae’s crash location, as well as the orientation of the doomed probe, has allowed astronomers to accurately interpret data taken by Rosetta regarding the composition of the comet. While Philae has literally been living under (crashed on) a rock for the past two years, Rosetta has been the busy bee, taking numerous images, spectroscopy and other data of the comet.

In fact, data taken from Rosetta’s spectrometer has been analysed and revealed that the amino acid, glycine, is present in the comet’s outgassing, which breaks away from the surface of the comet as it becomes unstable from solar heating. Glycine is one of the fundamental building blocks of life; necessary for proteins and DNA, and its confirmed extraterrestrial confirms that the ingredients for life are unique to Earth, and that we may have comets to thank for providing our microbial ancestors with those crucial ingredients.

Future for Astrophysics in Australia in 2017
The future for astrophysics in Australia in 2017 looks particularly bright, with two ARC Centres of Excellence: CAASTRO-3-D studying the build of atoms over cosmic time; and OzGRav exploring the universe with gravitational waves; as well as SABRE, the world’s first dark matter detector in the Southern Hemisphere, installed by end of the year.