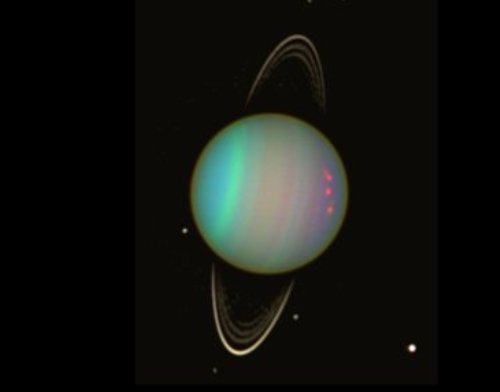 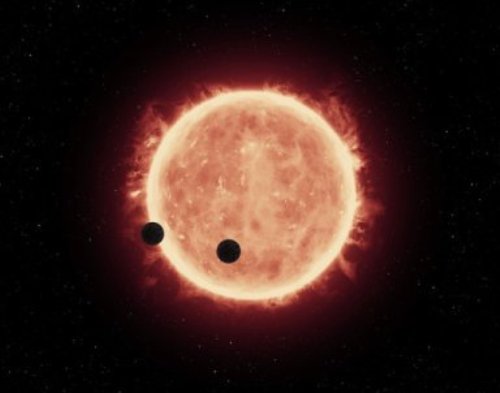 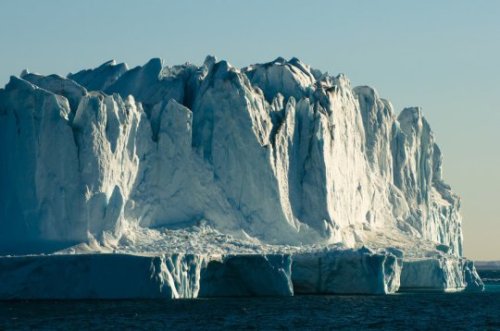 Scientists at McMurdo Station detected unusual atmospheric waves with an altitude between 30 to 115 kilometers (20 to 70 miles) above Antarctica in 2011. The waves, which have a long period and take hours to cycle, were observed for several years. Scientists routinely observe atmospheric waves around the world, but the persistence of these waves made them unusual, and scientists didn’t know what was causing them.

The new research solves this mystery by connecting the atmospheric waves to vibrations of the Ross Ice Shelf — the largest ice shelf in the world with an area of almost half a million square kilometers (188,000 miles), roughly the size of France. Imperceptible vibrations of the ice shelf, caused by ocean waves and other forces, are transferred and amplified in the atmosphere, according to the new study.

If the study’s predictions are correct, scientists could use these atmospheric waves to measure properties of the ice shelf that are normally difficult to track, such as the amount of stress the ice shelf is under from ocean waves.

“If atmospheric waves are generated by ice vibrations, by rhythmic vibrations of ice — then that carries a lot of information of the ice shelf itself,” said Oleg Godin, a professor at the Naval Postgraduate School in Monterey, California, and lead author of the new study, published in the Journal of Geophysical Research: Space Physics, a journal of the American Geophysical Union.

This information could help scientists better understand the status and stability of ice shelves, which are permanently floating sheets of ice connected to landmasses. Scientists closely monitor the size and movement of ice shelves because when they break up, they indirectly contribute to sea level rise through their impact on land ice.

“Ice shelves buffer or restrain land ice from reaching the ocean,” said Peter Bromirski, a research oceanographer at Scripps Institute of Oceanography in La Jolla, California, who was not involved in the new study. “The long term evolution of an ice shelf — whether or not it breaks up and disintegrates — is an important factor in how fast sea level will rise.”

In the new study, Godin and his co-author, Nikolay Zabotin, used two theoretical models of the Ross Ice Shelf to show vibrations within the ice could create the atmospheric waves.

One model approximates the ice shelf as a smooth rectangular slab of ice, while the other approximates the ice as a layered fluid. The authors incorporated known properties of the ice sheet such as elasticity, density, and thickness into each model to calculate the time it would take vibrations in the ice to complete one cycle.

They found both models predict that the ice shelf produces vibrations within a 3- to 10-hour period, which matches the duration of vibrations seen in the atmosphere. These ice shelf vibrations would likely also produce atmospheric waves with a vertical wavelength of 20 to 30 kilometers (12 to 18 miles), another feature of the observed waves.

“Even in this simplified description [of the ice], it readily explains the most prominent features of the observations,” Godin said. “That’s why it goes beyond hypothesis. I would say it’s now a theory.”

“There are suggestions in the literature that accelerated breakup of ice shelves will lead to rise of sea level by several meters by the end of the century,” Godin said. “Anything we can do to quantify what is going on with these large ice shelves is of huge importance.