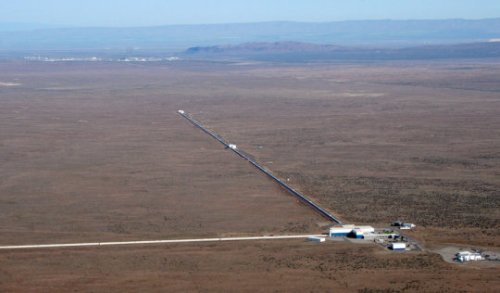 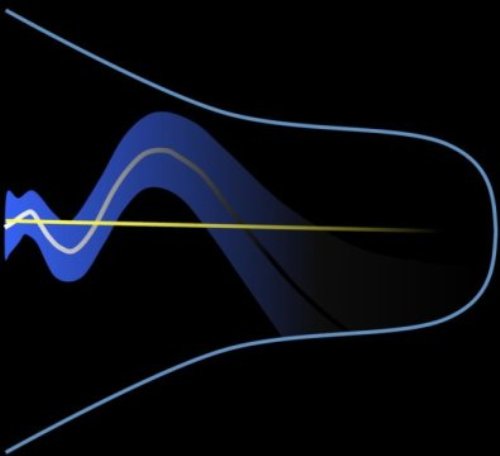 Life on Earth began somewhere between 3.7 and 4.5 billion years ago, after meteorites splashed down and leached essential elements into warm little ponds, say scientists at McMaster University and the Max Planck Institute in Germany. Their calculations suggest that wet and dry cycles bonded basic molecular building blocks in the ponds’ nutrient-rich broth into self-replicating RNA molecules that constituted the first genetic code for life on the planet. 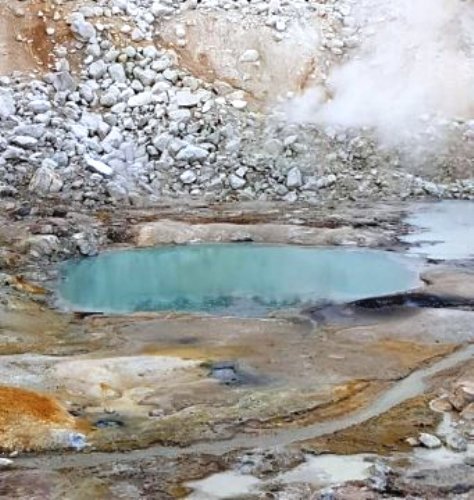 The researchers base their conclusion on exhaustive research and calculations drawing in aspects of astrophysics, geology, chemistry, biology and other disciplines. Though the “warm little ponds” concept has been around since Darwin, the researchers have now proven its plausibility through numerous evidence-based calculations.

Lead authors Ben K.D. Pearce and Ralph Pudritz, both of the McMaster’s Origins Institute and its Department of Physics and Astronomy, say available evidence suggests that life began when the Earth was still taking shape, with continents emerging from the oceans, meteorites pelting the planet — including those bearing the building blocks of life — and no protective ozone to filter the Sun’s ultraviolet rays.

“No one’s actually run the calculation before,” says Pearce. “This is a pretty big beginning. It’s pretty exciting.”

“Because there are so many inputs from so many different fields, it’s kind of amazing that it all hangs together,” Pudritz says. “Each step led very naturally to the next. To have them all lead to a clear picture in the end is saying there’s something right about this.”

Their work, with collaborators Dmitry Semenov and Thomas Henning of the Max Planck Institute for Astronomy, has been published today in the Proceedings of the National Academy of Science.

“In order to understand the origin of life, we need to understand Earth as it was billions of years ago. As our study shows, astronomy provide a vital part of the answer. The details of how our solar system formed have direct consequences for the origin of life on Earth,” says Thomas Henning, from the Max Planck Institute for Astronomy and another co-author.

The spark of life, the authors say, was the creation of RNA polymers: the essential components of nucleotides, delivered by meteorites, reaching sufficient concentrations in pond water and bonding together as water levels fell and rose through cycles of precipitation, evaporation and drainage. The combination of wet and dry conditions was necessary for bonding, the paper says.

In some cases, the researchers believe, favorable conditions saw some of those chains fold over and spontaneously replicate themselves by drawing other nucleotides from their environment, fulfilling one condition for the definition of life. Those polymers were imperfect, capable of improving through Darwinian evolution, fulfilling the other condition.

That rudimentary form of life would give rise to the eventual development of DNA, the genetic blueprint of higher forms of life, which would evolve much later. The world would have been inhabited only by RNA-based life until DNA evolved.

“DNA is too complex to have been the first aspect of life to emerge,” Pudritz says. “It had to start with something else, and that is RNA.”

The researchers’ calculations show that the necessary conditions were present in thousands of ponds, and that the key combinations for the formation of life were far more likely to have come together in such ponds than in hydrothermal vents, where the leading rival theory holds that life began in roiling fissures in ocean floors, where the elements of life came together in blasts of heated water. The authors of the new paper say such conditions were unlikely to generate life, since the bonding required to form RNA needs both wet and dry cycles.

The calculations also appear to eliminate space dust as the source of life-generating nucleotides. Though such dust did indeed carry the right materials, it did not deposit them in sufficient concentration to generate life, the researchers have determined. At the time, early in the life of the solar system, meteorites were far more common, and could have landed in thousands of ponds, carrying the building blocks of life. Pearce and Pudritz plan to put the theory to the test next year, when McMaster opens its Origins of Life laboratory that will re-create the pre-life conditions in a sealed environment.

“We’re thrilled that we can put together a theoretical paper that combines all these threads, makes clear predictions and offers clear ideas that we can take to the laboratory,” Pudritz says.