While many are watching the Kilauea volcano in Hawaii, two volcanoes in Alaska are threatening to steal some of the attention. Two volcanoes situated on islands off the coast of the state are showing warning signs of a possible eruption. 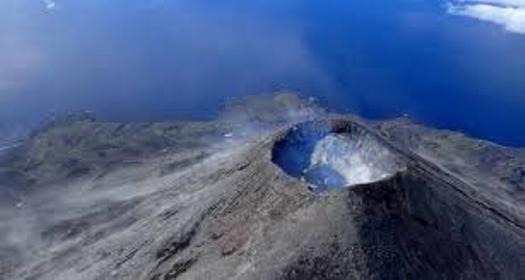 On the first day of July, the United States Geological Survey tweeted that the Great Sitkin volcano’s activity had increased above the usual background levels.

Officials are actually closely monitoring two Alaskan volcanoes, Mount Cleveland and Great Sitkin, a little closer than others. On June 26, there were small lava flows detected in the summit’s crater of the Cleveland volcano. A few days later on the 28th, the Alaska Volcano Observatory (AVO) put the volcano on watch and changed the aviation color code to orange.

The combination of the watch and the orange color code means the “volcano is exhibiting heightened or escalating unrest with increased potential of eruption, timeframe uncertain OR an eruption is underway that poses limited hazards including no or minor volcanic-ash emissions.”

On a neighboring island, the Great Sitkin volcano was also showing signs of heightened activity, the United States Geological Survey tweeted. That volcano was at an advisory level, and the color code was yellow as of Sunday. This meant the “volcano is exhibiting signs of elevated unrest above known background activity,” according to the USGS.

While the Great Sitkin volcano is showing above-average background activity, nothing noteworthy has shown up on satellite data. It had an eruption event on June 10 of this year that was fairly small and only produced a small ash deposit, according to AVO.

The Cleveland volcano has shown similar activity. There is only low-level seismic activity going on, according to the AVO. But there were above-normal surface temperatures detected by satellites. Monitoring by the seismic stations is set to continue, to follow whether the activity might become more severe at the volcano. This type of activity has historically indicated a larger explosion was on the way, Reuters reported.

If either volcano erupts, it could have the potential to impact air travel. Depending on how high the plumes from the volcanoes traveled and how strong the explosion is, the ash and smoke could cause issues for airplanes traveling over them across the Pacific, according to Reuters. 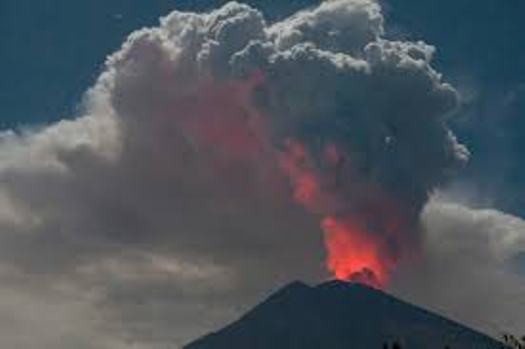