A powerful earthquake struck eastern Ecuador early Friday, sending tremors for miles through a sparsely populated area and into neighboring Peru and Colombia. The quake hit at an intermediate depth of about 82 miles, the U.S. Geological Survey said. 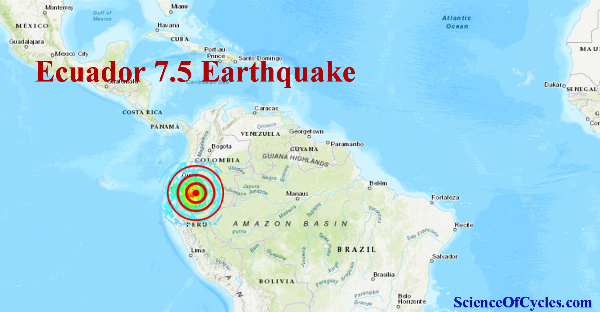 The earthquake struck at 5:17 a.m. local time. Its epicenter was 71 miles east-southeast of Palora, far inland and distant from Ecuador’s main highways that run along its mountain ranges.

“The Peru-Chile Trench is an area that hosts large earthquakes quite regularly,” the USGS said. It added that 15 other intermediate-depth earthquakes have occurred within 310 miles of the epicenter in the past 100 years.