Earthquake activity from Bali’s Mount Agung has reached its highest level since the volcano came back to life in August. 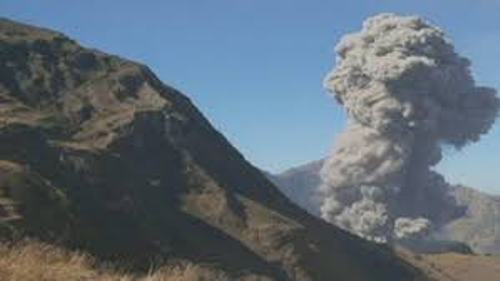 The Volcano Observatory Notice for Aviation has the volcano at its highest alert level short of an eruption.

Last weekend there was an earthquake that measured at 4.6 on the Richter scale while almost 1000 smaller tremors a day are also being recorded.

There are increases in shallow and deep tremors indicating magma is moving upwards.

All airlines are monitoring the situation closely and travellers have been urged to make sure their contact details are up to date.

Various governments have warned that travel to Bali could be severely affected by an eruption and Bali’s international airport has set up an emergency operations centre.

This means people who bought travel insurance after a certain date will not be covered for losses relating to the volcano.

Mt Agung’s last major eruption in 1963 killed almost 2000 people and lasted for more than a year.

That eruption was of the same explosive intensity as Mount St Helens in 1981 and Mount Pinatubo in 1991.

Last month Professor Heather Handley, an ARC Future Fellow in the Department of Earth and Planetary Sciences at Macquarie University in Sydney, said “if Mount Agung erupts and the eruption is similar to its two previous large-scale eruptions then we might expect to see lava flows reach several kilometres from the summit, in any direction and deadly pyroclastic flows travel tens of kilometres from the summit.”

“Due to the high level of sulphur dioxide in magma erupted at Agung, if this mixes with water vapour in the atmosphere it can create sulphric acid and so acid rain could be an issue”.

Bali travellers are being told to take face masks with them and stock up on bottled water once in Bali.