Three powerful earthquakes struck off the coast of British Columbia Sunday night within an hour. This area sits at the northern end of the Cascadia Subduction Zone which is monitored closely due to its prediction of a cyclical mega-quake. 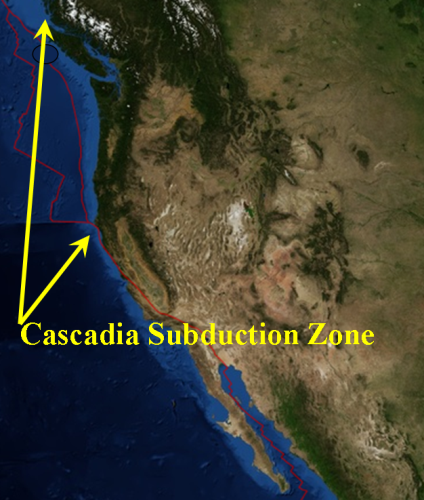 The United States Geological Survey reports a preliminary magnitude 6.6 earthquake struck near Port Hardy, Canada at 10:39 p.m. local time at a depth of about 7 miles (11 kilometers). 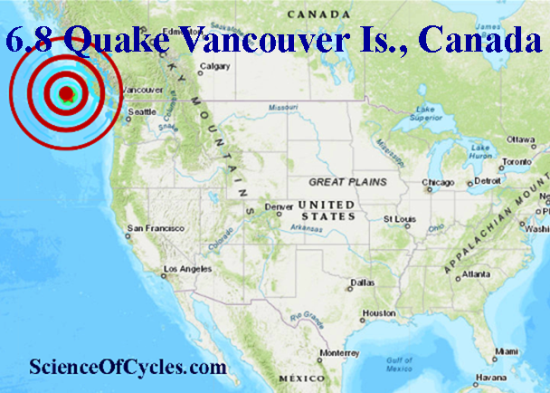 There was no initial word on damage or injury resulting from the quakes. The earthquakes centered about 355 miles northwest of Seattle. Several smaller quakes followed, including a 4.9-magnitude temblor at 11:36 p.m. PDT.