Hurricane ‘Harvey’ now Category 4, has begun to pound the Texas coast and its millions of residents, with hurricane-force winds knocking down trees, power poles and signs, and with torrential rain deluging streets. The storm surge, downpours and harsh winds are already pummeling the shores. In its 9 p.m. ET update, the National Hurricane Center said the eye wall, the most dangerous part of the storm, has begun to move onshore along the middle Texas coast. 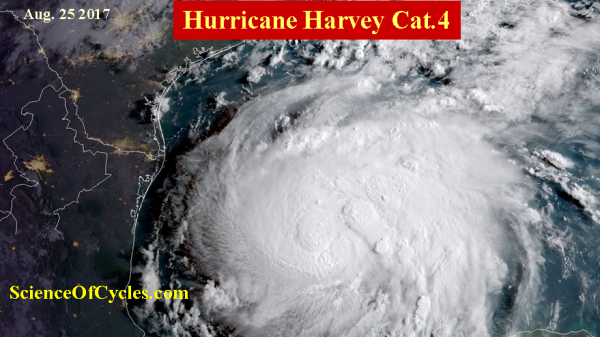 The hurricane center warns that some areas will see as much as 13 feet of storm surge and large, destructive waves. Maximum sustained wind speeds were at 130 mph on Friday night. And there’s the rain that the slow-moving storm is expected to produce. Because it is expected to come to a near halt inland, Harvey could drop as much as 40 inches of rain in some places, and up to 30 inches in others, by Wednesday. The combination of wind and water could leave wide swaths of South Texas “uninhabitable for weeks or months,” the National Weather Service in Houston said.

The Poás Volcano in Alajuela, Costa Rica began its eruption today starting at 3:17p.m. local time. The eruption blasted soot and ash which elevated around 500 meters above the crater, 3,100 meters (2 miles) above sea level according to the report by the National Seismology Network and Dr. Mauricio Mora. 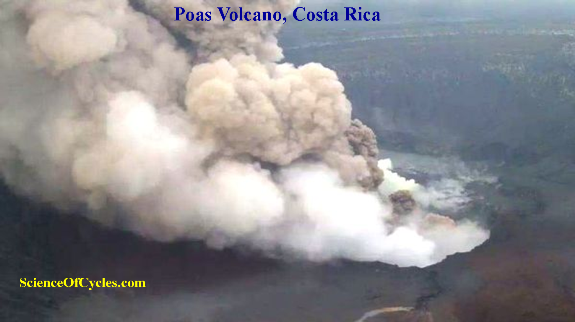 This new eruption comes at a time where the National System of Areas of Conservation (SINAC) has been evaluating the possibility of reactivating tourism to the area through controlled visitations to the National Park following certain security protocols. A team of experts continue monitoring the volcano and evaluating the situation.