NOTE: I will be on Coast to Coast AM radio with George Noory for a news brief on Kilauea volcano. Radio Stations: Click Here

Kilauea is one of the world’s most active volcanoes. It is a shield-type volcano that makes up the southeastern side of the Big Island of Hawaii. The volcano rises 4,190 feet (1,227 meters) above sea level and is about 14 percent of the land area of the Big Island. The summit caldera contains a lava lake known as Halema’uma’u that is said to be the home of the Hawaiian volcano goddess, Pele. 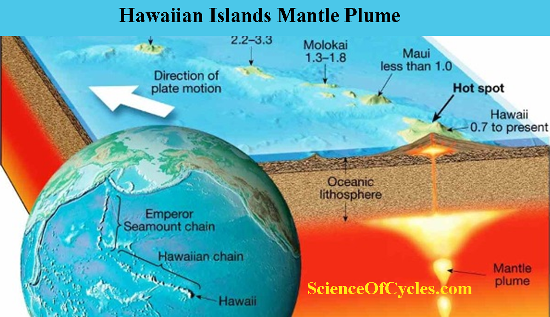 Cecily Wolfe of the University of Hawaii, used sea bottom sensors to identify how seismic waves propagate through the pliable mantle layer beneath the Earth’s crust. She believes her evidence has pinpointed the location of the mantle plume. However, Qin Cao, an MIT seismologist, believes a giant deep thermal anomaly hundreds of miles wide located far west of Hawaii is what feeds the island’s volcanoes.

As both well researched hypothesis have merit, as of the time of this writing we still do not have conclusive evidence as to the source. Wolfe says: “I acknowledges the importance of the new find, but believes it will take much more work to truly explain how her thermal plume and the “pancake” of hot rocks are related and how they provide the heat source for Kilauea and the other active volcanoes of the Hawaiian Islands.” 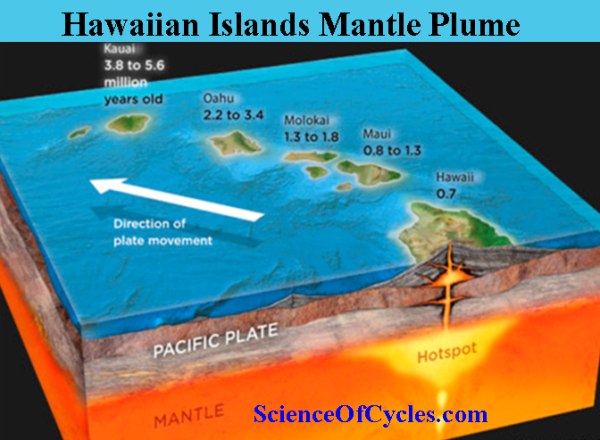 “We need to think about different types of mantle plumes,” Cao said. “The picture of the internal dynamics of the Earth and material-exchange processes between the upper and lower mantle are more complicated than people thought before.”

We know one thing – the residents of Hawaii are not so concerned on why the eruption is so large and everlasting, but ‘when’ will it stop….

Your assistance has always been at the core of this model, without you we fail. Below is an example of how Science Of Cycles keeps you tuned in and knowledgeable of what we are discovering, and how some of these changes will affect our communities and ways of living. We are maintaining our open ended donation so you can place amount of your choice.  Cheers, Mitch