A 7.5-magnitude earthquake struck Papua New Guinea early on today, but no tsunami warning had been issued.

The quake’s epicenter was around 90 kilometers (55 miles) south of Porgera in Enga province, according to USGS, and hit at a depth of 35 kilometers. 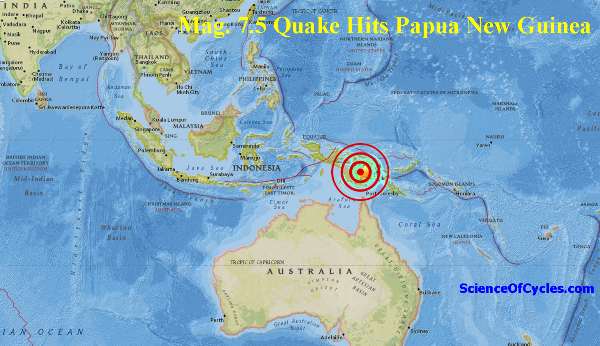 USGS said some casualties and damage were possible and recent earthquakes in the area had caused tsunamis and landslides.

It said homes in the region were “a mix of vulnerable and earthquake resistant construction and that the impact should be relatively localized.

The earthquake struck off the eastern coast of the island of Honshu, the main and most populated island of Japan.

It occurred some 78 miles from Honshu but was felt in several cities including Tokyo and Fukushima. 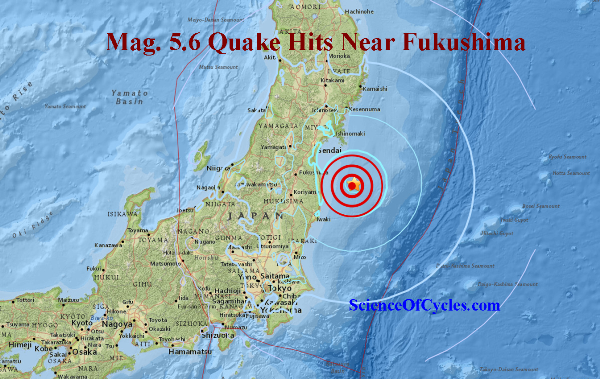 Tokyo and Fukushima are some 176 miles apart – equivalent to a three-and-a-half hour drive away.

But while the earthquake’s center was closer to Fukushima, where the nuclear disaster took place in 2011, the tremor was still felt further south in the island in the city of Tokyo.

It is currently unknown as to whether there was any damage to buildings or injuries caused by the event.

This is approximately the same place as last summer’s Maple Creek swarm, which included about 2400 earthquakes during June-September 2017. In fact, the current swarm may be just a continuation of the Maple Creek swarm, given the ongoing but sporadic seismicity in the area over the past several months. 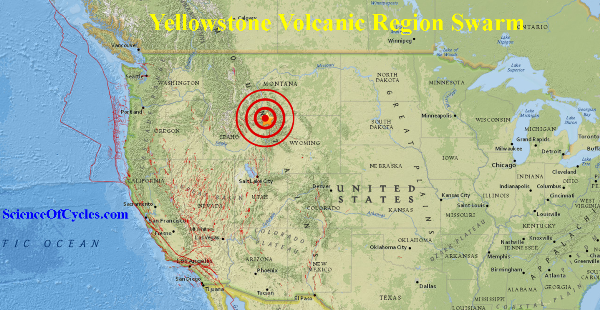 The present swarm started on February 8, with a few events occurring per day. On February 15, seismicity rates and magnitudes increased markedly. As of the night of February 18, the largest earthquake in the swarm is M2.9, and none of the events had been felt. All are occurring about 8 km (5 mi) beneath the surface.

Take Note of Cause: (USGS) “This explanation from the USGS defines what I have termed “Fluid Displacement” in my articles. Swarms reflect changes in stress along small faults beneath the surface, and generally are caused by two processes: large-scale tectonic forces, and pressure changes beneath the surface due to accumulation and/or withdrawal of fluids (magma, water, and/or gas).”

If you find this research and presented cutting edge published reports of great interest, then help us help you by providing an open-ended donation of any amount you choose. $1 dollar or $1,000 dollars, whatever the amount you choose goes directly into our work process of accumulation, presentation, and delivery. *Click on the banner below to begin this simple process. 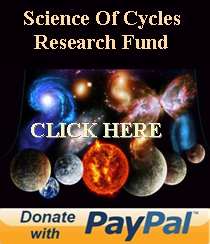