A massive 8.2 magnitude earthquake hit off the coast of southern Mexico late Thursday night, causing buildings to sway violently and people to flee into the streets in panic as far away as the capital city. The USGS reports their instruments measured slightly lower at 8.0 magnitude. 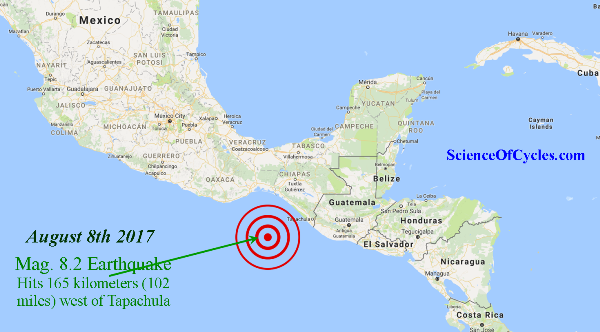 The Pacific Tsunami Warning Center registered the quake as measuring 8.2 magnitude at its epicenter located 165 kilometers (102 miles) west of Tapachula in southern Chiapas state not far from Guatemala. It had a depth of 35 kilometers (22 miles). 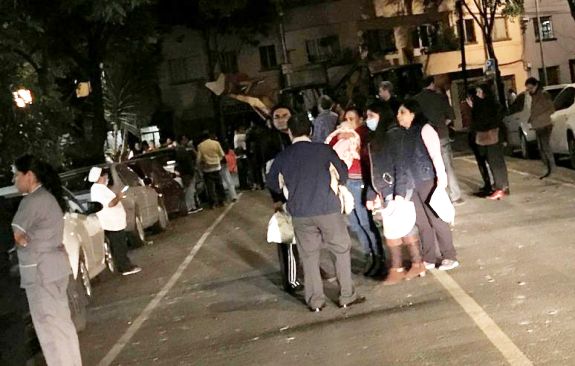 The U.S. Tsunami Warning System said hazardous tsunami waves were possible on the Pacific coasts of several Central American countries. Waves were possible within the next three hours for Mexico, Guatemala, El Salvador, Costa Rica, Nicaragua, Panama, Honduras and Ecuador, it said. There was no tsunami threat for the U.S. West Coast.

Civil protection officials were checking for damage in Chiapas, but the quake was so powerful that frightened residents in Mexico City more than 1,000 kilometers (650 miles) away fled apartment buildings, often in their pajamas, and gathered in groups in the street. 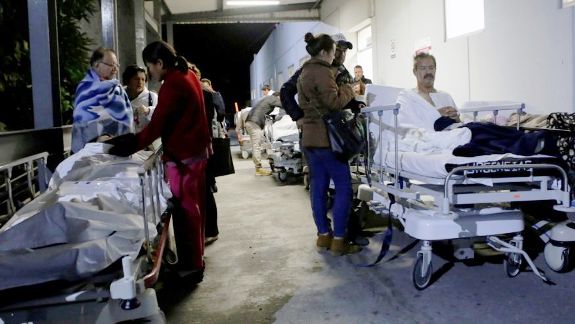 Around midnight buildings swayed strongly for more than minute, loosening light fixtures from ceilings. Helicopters crisscrossed the sky above Mexico City with spotlights. Some neighborhoods kept electricity while others remained in darkness.

Be a part of Science Of Cycles hurricane relief initiative. Lets come together and help those who need a helping hand. Notice I did not specify a hurricane name, why? Because there is more than Harvey and Irma heading our way. The banner is set up for you to be able to place any amount you wish.   Cheers, Mitch