A state of emergency has been declared in Louisiana and the National Guard activated, and mandatory evacuations have been ordered in some places along the Louisiana coast as Tropical Storm Barry formed over the Gulf of Mexico on Thursday morning. 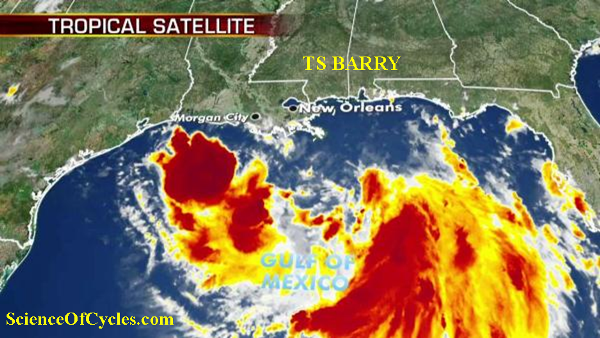 This is day 9 of my 14 day window related to July 2nd’s full solar eclipse. Here is a paragraph published July 2nd telling of what could happen evidenced by my research of historical data:

“Close to and during a full solar eclipse, it is the sudden temperature fluctuation which can cause a chain reaction. Producing a sudden and rapid shift in both the jet stream and ocean currents, can cause the destabilization of set seasonal patterns. Additionally, what is often referred to as Extreme Weather involving tornadoes, hurricanes, straight line winds, and wind shears is almost always related to shifting ocean and jet stream currents.“ FULL ARTICLE 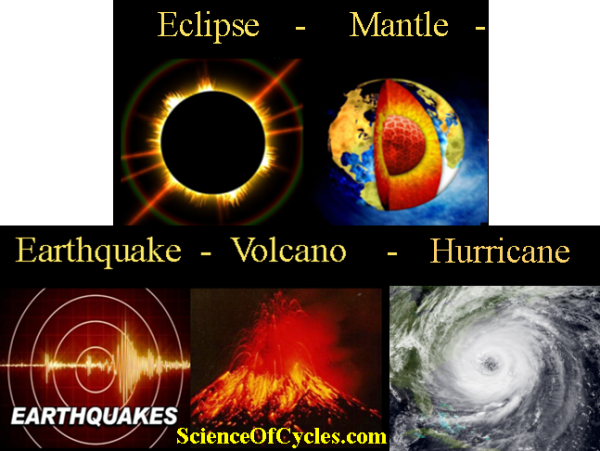 The National Hurricane Center (NHC) declared Barry the second named storm of the Atlantic hurricane season with maximum sustained winds of 40 mph and it was moving west at 5 mph. Barry is forecast to make landfall along the Louisiana coast Friday night or Saturday.

“There is a fairly high chance that Tropical Storm Barry will become a Category 1 hurricane on the Saffir-Simpson scale before making landfall,” according to AccuWeather Hurricane Expert Dan Kottlowski.