The Earth is rising in one part of Antarctica at one of the fastest rates ever recorded, as ice rapidly disappears and weight is lifted off the surface, a new international study has found. 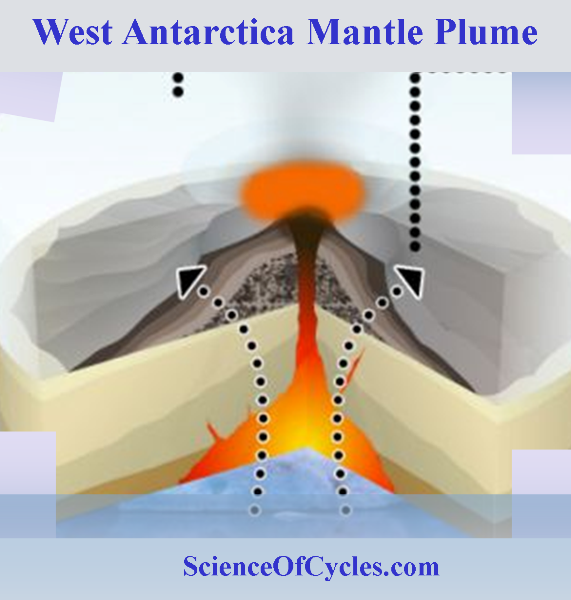 The findings, reported in the scientific journal Science, have surprising and positive implications for the survival of the West Antarctic Ice Sheet (WAIS), which scientists had previously thought could be doomed because of the effects of climate change.

The unexpectedly fast rate of the rising Earth may markedly increase the stability of the ice sheet against catastrophic collapse due to ice loss, scientists say. In other words, due to the natural cyclical events of geophysics correction, the West Antarctic mantle plume has increased its activity bringing viscous rocks closer to the surface. 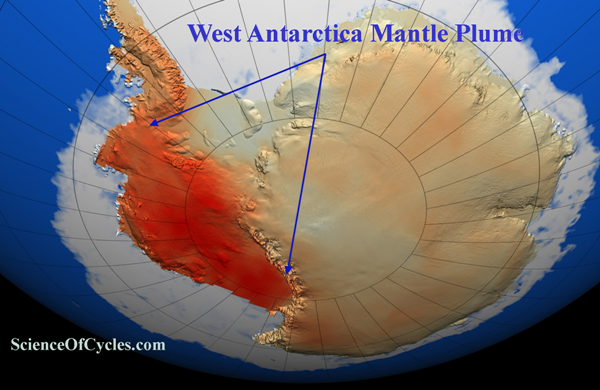 Moreover, the rapid rise of the Earth in this area also affects gravity measurements, which implies that up to 10 percent more ice has disappeared in this part of Antarctica than previously assumed.

Researchers led by scientists at The Ohio State University used a series of six GPS stations (part of the POLENET-ANET array) attached to bedrock around the Amundsen Sea Embayment to measure its rise in response to thinning ice. 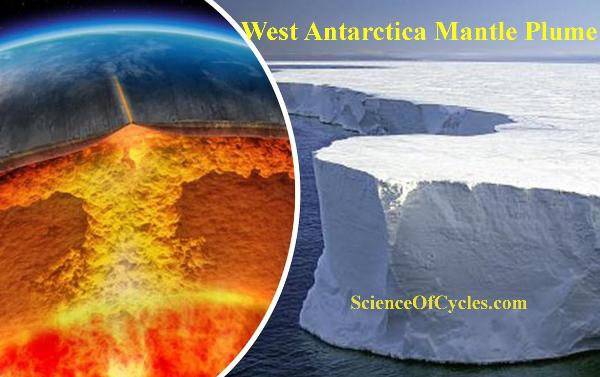 The “uplift rate” was measured at up to 41 millimeters (1.6 inches) a year, said Terry Wilson, one of the leaders of the study and a professor emeritus of Earth sciences at Ohio State.

In contrast, places like Iceland and Alaska, which have what are considered rapid uplift rates, generally are measured rising 20 to 30 millimeters a year. “The rate of uplift we found is unusual and very surprising. It’s a game changer,” Wilson said.

I would suggest events such as this is a continued sign of a geomagnetic shift. In these ‘late/early’ stage, magnetic north will bounce around for a few decades – perhaps dropping close to the equator – then in the laten years, perhaps 50 years from now, a full flip could occur.

And it is only going to get faster. The researchers estimate that in 100 years, uplift rates at the GPS sites will be 2.5 to 3.5 times more rapid than currently observed. 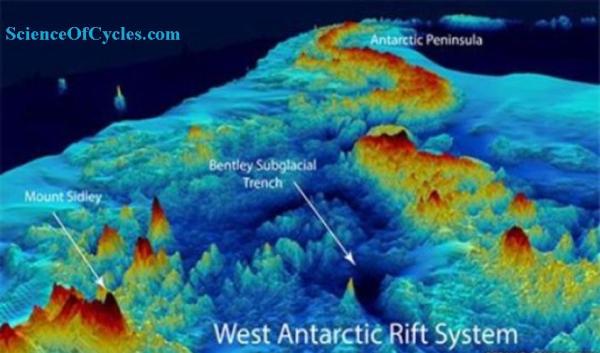 “These results provide an important contribution to our understanding of the dynamics of the Earth’s bedrock, along with the thinning of ice in Antarctica. The large amount of water stored in Antarctica has implications for the whole planet,” said lead study author Valentina R. Barletta, who started this work at Ohio State and now is a postdoctoral researcher at the National Space Institute (DTU Space) at the Technical University of Denmark.

While modeling studies have shown that bedrock uplift could theoretically protect WAIS from collapse, it was believed that the process would take too long to have practical effects.

Wilson said the rapid rise of the bedrock in this part of Antarctica suggests the geology underneath Antarctica is different from what scientists had previously believed.

Underneath the solid upper layer of Earth is a hotter and more fluid layer of rock called the mantle. Exactly how hot and fluid the mantle is varies across the planet.

The rapid uplift around the Amundsen Sea Embayment suggests the mantle in this area is hotter and more fluid (or, as scientists say, it has lower viscosity) than expected, according to Barletta.

Barletta ran a variety of computer models using scenarios of ice loss through time in the area to explain how such rapid uplift could be occurring today.

The results of Barletta’s models showed that the GPS findings today could best be explained by having a low-viscosity mantle, Wilson said.

These new measurements of Glacial Isostatic Adjustment (GIA), the scientific term for uplift due to ice sheet unloading, are an important part of a wider story about the fate of the Antarctic ice sheets, said Doug Kowalewski, the Antarctic Earth Sciences program director in the National Science Foundation’s Office of Polar Programs (OPP).

The problem is that much of this area of Antarctica is below sea level. Relatively warm ocean water has flowed in underneath the bottom of the ice sheet, causing thinning and moving the grounding line – where the water, ice and solid Earth meet – further inland.

“The lowering of the sea level, the rising of pinning points and the decrease of the inland slope due to the uplift of the bedrock are all feedbacks that can stabilize the ice sheet,” Wilson said.

GOAL UPDATE: We have now reached $780 towards our goal of $1,700. As with all community services, it is time to request support with our services. We are hopeful to keep our research and news services available to all who seek this knowledge.