New research from Griffith University’s Centre for Quantum Dynamics is broadening perspectives on time and space. 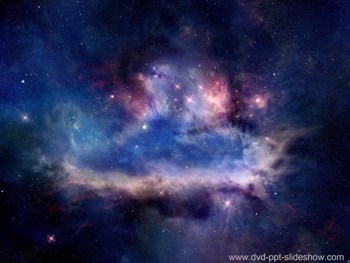 In a paper published in the journal Proceedings of the Royal Society A, Associate Professor Joan Vaccaro challenges the long-held presumption that time evolution — the incessant unfolding of the universe over time — is an elemental part of Nature.

In the paper, entitled Quantum asymmetry between time and space, she suggests there may be a deeper origin due to a difference between the two directions of time: to the future and to the past.

“If you want to know where the universe came from and where it’s going, you need to know about time,” says Associate Professor Vaccaro.

“Experiments on subatomic particles over the past 50 years ago show that Nature doesn’t treat both directions of time equally.

“In particular, subatomic particles called K and B mesons behave slightly differently depending on the direction of time.

“When this subtle behaviour is included in a model of the universe, what we see is the universe changing from being fixed at one moment in time to continuously evolving.

“In other words, the subtle behaviour appears to be responsible for making the universe move forwards in time.

“Understanding how time evolution comes about in this way opens up a whole new view on the fundamental nature of time itself.

“It may even help us to better understand bizarre ideas such as travelling back in time.”

According to the paper, an asymmetry exists between time and space in the sense that physical systems inevitably evolve over time whereas there is no corresponding ubiquitous translation over space.

This asymmetry, long presumed to be elemental, is represented by equations of motion and conservation laws that operate differently over time and space.

However, Associate Professor Vaccaro used a “sum-over-paths formalism” to demonstrate the possibility of a time and space symmetry, meaning the conventional view of time evolution would need to be revisited.

“In the connection between time and space, space is easier to understand because it’s simply there. But time is forever forcing us towards the future,” says Associate Professor Vaccaro.

“Yet while we are indeed moving forward in time, there is also always some movement backwards, a kind of jiggling effect, and it is this movement I want to measure using these K and B mesons.”

Associate Professor Vaccaro says the research provides a solution to the origin of dynamics, an issue that has long perplexed science.