A three hour volcanic eruption in Costa Rica sends vapor and gas emissions into the air. 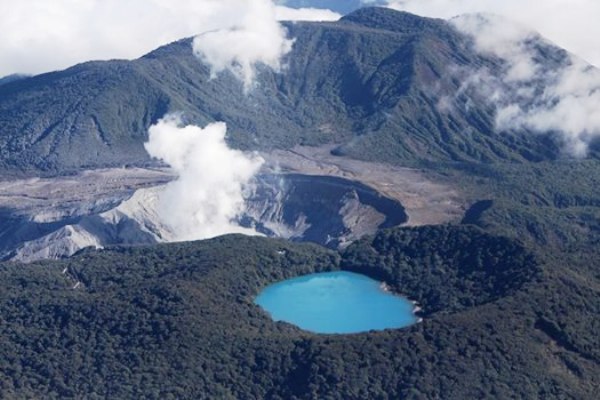 The Poas Volcano has been active for the past several months, resulting in disruptions in the local tourist industry.

The national park surrounding the volcano has been closed since April, and local commerce has suffered losses due to its heavy reliance on the influx of tourists.

The park is expected to remain closed while frequent activity continues, and a team of volcanic experts will remain on site for close evaluation.