A powerful computational study of southern California seismic records has revealed detailed information about a plethora of previously undetected small earthquakes, giving a more precise picture about stress in the earth’s crust. A new publicly available catalog of these findings will help seismologists better understand the stresses triggering the larger earthquakes that occasionally rock the region. 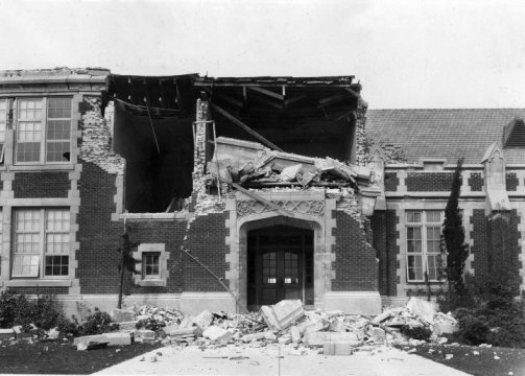 “It’s very difficult to unpack what triggers larger earthquakes because they are infrequent, but with this new information about a huge number of small earthquakes, we can see how stress evolves in fault systems,” said Daniel Trugman, a post-doctoral fellow at Los Alamos National Laboratory and coauthor of a paper published in the journal Science today. “This new information about triggering mechanisms and hidden foreshocks gives us a much better platform for explaining how big quakes get started,” Trugman said.

Trugman and coauthors from the California Institute of Technology and Scripps Institution of Oceanography performed a massive data mining operation of the Southern California Seismic Network for real quakes buried in the noise. The team was able to detect, understand, and locate quakes more precisely, and they created the most comprehensive earthquake catalog to date. The work identified 1.81 million quakes — 10 times more earthquakes occurring 10 times more frequently than quakes previously identified using traditional seismology methods.

The team developed a comprehensive, detailed earthquake library for the entire southern California region, called the Quake Template Matching (QTM) catalog. They are using it to create a more complete map of California earthquake faults and behavior. This catalog may help researchers detect and locate quakes more precisely.

The team analyzed nearly two decades of data collected by the Southern California Seismic Network. The network, considered one of the world’s best seismic systems, amasses a catalog of quakes from 550 seismic monitoring stations in the region. The SCSN catalog is based entirely on the traditional approach: manual observation and visual analysis. But Trugman says this traditional approach misses many weak signals that are indicators of small earthquakes.

The team improved on this catalog with data mining. Using parallel computing, they crunched nearly 100 terabytes of data across 200 graphics processing units. Zooming in at high resolution for a 10-year period, they performed template matching using seismograms (waveforms or signals) of previously identified quakes. To create templates, they cut out pieces of waveforms from previously recorded earthquakes and matched those waveforms to patterns of signals recorded simultaneously from multiple seismic stations. Template matching has been done before, but never at this scale.

“Now we can automate it and search exhaustively through the full waveform archive to find signals of very small earthquakes previously hidden in the noise,” Trugman explained.

Recently, Trugman and Los Alamos colleagues have applied machine learning to study earthquakes created in laboratory quake machines. That works has uncovered important details about earthquake behavior that may be used to predict quakes.

“In the laboratory, we see small events as precursors to big slip events, but we don’t see this consistently in the real world. This big data template-matching analysis bridges the gap,” he said. “And now we’ve discovered quakes previously discounted as noise and learned more about their behavior. If we can identify these sequences as foreshocks in real time, we can predict the big one.”