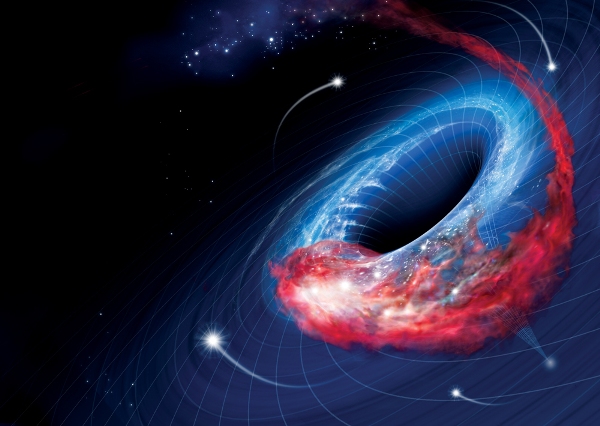 For the last four years, physicists studying the mathematical underpinnings of black holes have been wrestling with a strange idea; that black holes contain a region known as a “firewall,” which would stop matter from entering. However, a new paper titled Naked Black Hole Firewalls.

For the last four years, physicists studying the mathematical underpinnings of black holes have been wrestling with a strange idea; that black holes contain a region known as a “firewall,” which would stop matter from entering. However, a new paper titled Naked Black Hole Firewalls.

“The hypothetical black hole firewall is one of the hottest problems in physics today, and we hope that our paper makes a significant contribution to the field,” says of Alberta physics professor Don N. Page.

The classic picture of a black hole comes directly from Einstein’s theory of general relativity: a massive object that warps the fabric of space-time and becomes so steep that not even light has sufficient speed to escape.

In the 1970s, physicist Stephen Hawking proposed that some particles could in fact escape from a black hole through a process involving the creation of entangled particles, in a theory now known as Hawking radiation. Since then, the field of black hole physics has been a wellspring of interesting phenomena, requiring the mathematics of both quantum theory and general relativity for a complete description.

In quantum mechanics, the two principles of quantum determinism and reversibility suggest that information must always be preserved. But since material falling into a black hole – along with the information describing that material, it be lost sometime after they cross the event horizon.

“If a firewall exists, not only would an in-falling object be destroyed by it, but the destruction could be visible, even from the outside,” says Misao Sasaki, of Yukawa Institute for Theoretical Physics in Kyoto, Japan.

If a firewall actually exists, the authors argue that it would not simply be confined to a region within the black hole, but its destructive power could reach beyond the limits of the event horizon, into a region of space that could be observed. This makes the notion of firewalls less conservative than previously thought, and suggests putting more effort into finding a better solution to the firewall paradox.