Something Is Happening With Earth’s Core: New findings suggest a series of current events are weakening the Earth’s magnetic field. Above the liquid outer core is the mantle; a solid rock composition which can be molded or shaped due to the intense heat and high pressure. At the boundary between Earth’s core and mantle at a depth of 2900 km (1,802 miles), there is an intense heat exchange. 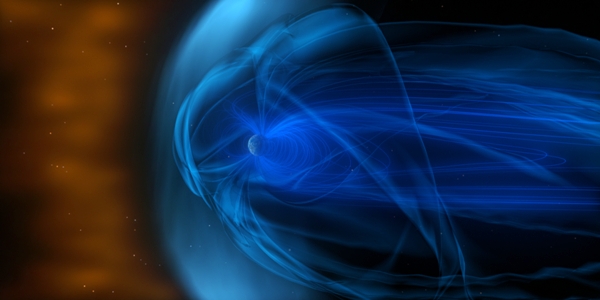 Hard scientific evidence has come forth confirming Earth’s magnetic field is weakening. New research shows a slow flowing solid mantle and its symbiotic connection with a hot fast flowing outer core is the central focus as to the cause of Earth’s magnetic field weakening. The outcome of this “convection” between Earth’s outer core and mantle is the producing of **’mantle plumes’ and the formation of fluid ‘crystallization’. 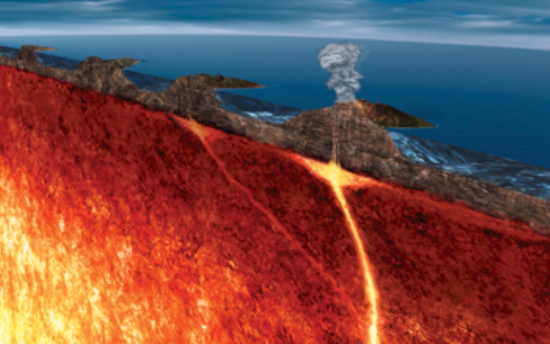 *Mantle Plumes: Streams of hot molten rock with large mushroom-like pushing up from near the Earth’s core and up through more than 1,800 miles of the Earth’s mantle layer, pumping gigantic amounts of heat upward. Note: I personally suggest under every supervolcano (caldera), subduction zone, ridge, and trough is a mantle plume. Mantle plumes are a reaction to the Earth’s dipole magnetic core acting as a thermostat. The source of Earth’s magnetic field is its ‘core’. I suggest the current weakening of the magnetic field – and its lessening ability to shield from charged particles could play a large role with increasing earthquake, volcano, hurricane, and various extreme weather events.

Two Major Results of a Weak Magnetic Field, and a Strong Pulse of Charged Particles:

1) A weakened magnetic field allows charged particle events such as solar flares, coronal mass ejections (CME), coronal hole discharge, plasma filament, gamma rays, and galactic cosmic rays to penetrate producing enhanced consequences of extreme weather events which includes earthquakes, volcanoes, hurricanes, and various extreme weather events. 2) The second major consequence of a weakened magnetic field is its identification as the ‘precursor’ to a magnetic pole shift. It is estimated that Earth’s magnetic field reverses every few thousand years at low latitudes and every 10,000 years at high latitudes. It is believed we are far enough along the cycle that many living today will witness the bouncing back and forth of magnetic north as it swings reaching latitudes below 30°. Magnetic north can also move east and west longitudes. 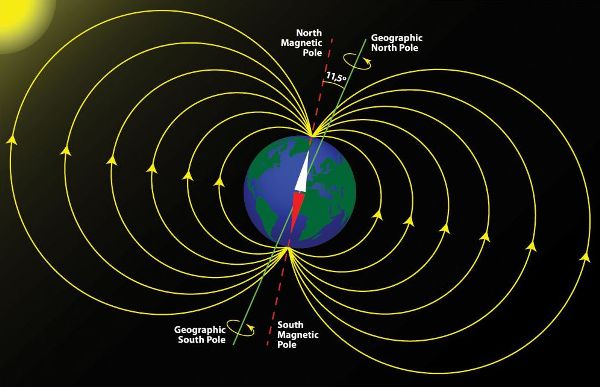 How Far Along Are We In This Cycle?

Let’s start with what I would consider to be a compulsory first question: “Where in this layered multitude of decadal, centennial, and millennial year cycle are we?” Perhaps a demanding second and third question would be: “What do we look for and what actually happens?” Current studies suggest we are far along the process with just a few decades away from a full magnetic reversal. Like all magnetic reversals prior to this current cycle, the process takes a few thousand years to develop. With each passing decade from the previous cycle, the intensity of charged particles increases as the Earth’s magnetic field decreases. Science of Cycles

Perhaps within the next 20-30 years, there will be people alive today who will witness the process of magnetic north bouncing around the northern hemisphere above 60° latitude and swing between 30° east and 30° west longitudes. Furthermore, there will be some of you who are young enough to witness a more pronounced swing in both latitude and longitude as magnetic north will drop below the equator within the next 50-60 years. 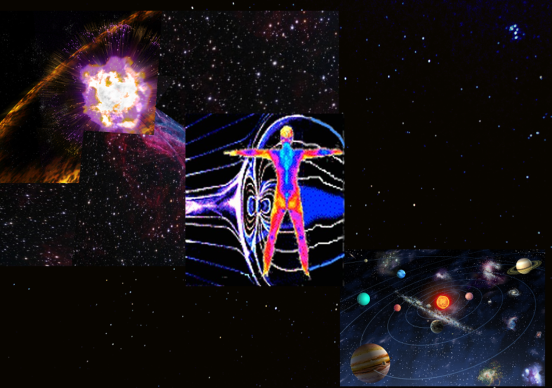 What Are The Effects To Animals And Humans?

What happens to animals and humans during the process of magnetic flux originating from our Milky Way galaxy – which in-turn stimulates our Sun’s magnetic pulse – which then has a direct causal effect on Earth, animals, and humans?

Humans and animals are feeling the effects in this present day. Unfortunately, (or fortunately) depending on your experience – almost all humans have been so dumbed down by our environment and technology – having dulled are innate senses leaving our animal friends to be way ahead of us and are now feeling the effects to a heightened degree. 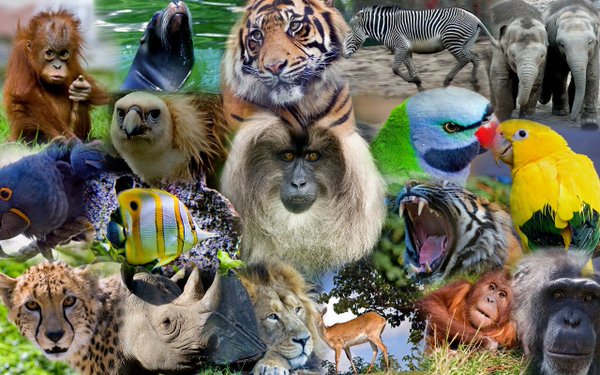 Due to the increasing geomagnetic transitional period as described above, magnetic ley-lines are reorienting into various and unpredictable north-south east-west zones. For migrating species, the problem appears to be worsening, causing great concern to biologists and zoologist. Increasing numbers of mammals such as whales and dolphins are getting disoriented to the point where they get stranded in shallows. Mammals that have been rescued and directed back to sea are found stranded once again, sometimes on the same beach, as if being guided.

It is now known that migrant species such as birds, sea turtles, dolphins, whales, several fish species such as salmon and trout, possess a mineral called magnetite. Experiments in a controlled environment have definitively proven the existence of an internal compass. Historically, it is believed species that rely on Earth’s magnetic field experienced a period of chaos of which many species did not survive.

From 1948 to 1997, the Institute of North Industrial Ecology in Russia found that during the period of ‘solar maximum’ (approx. 3 years) of the Sun’s 11 year cycle, spikes in geomagnetic activity matched an increased incidence of anxiety, depression, bipolar disorder, and related mental/emotional disorders in the city Kirovsk.

One explanation for this correlation is the flooding of charged particles desynchronizes our ‘circadian rhythm’ (biological clock). The pineal gland in our brain is affected by the electromagnetic activity. The circadian regulatory system depends on repeated environmental cues to synchronize our internal clocks. Magnetic fields may be one of these environmental cues.

Over the last three years and up until this time, we have witnessed monumental leaps of the scientific world’s new understanding of the inter-galactic play between Earth, our Sun, and our galaxy ‘Milky Way’. As a result of aligning with a stream of cosmic rays from our Milky Way, and with the Sun reaching its maximum strength for this cycle, an enormous amount of charged particles will hit our solar system, Earth, and each of us.

New information is coming in so fast, scientific scholars are seriously concerned over the re-designing and re-thinking – of established charts, graphs, formulas, templates, hypothesis, and most everything that resides in scientific journals and books. 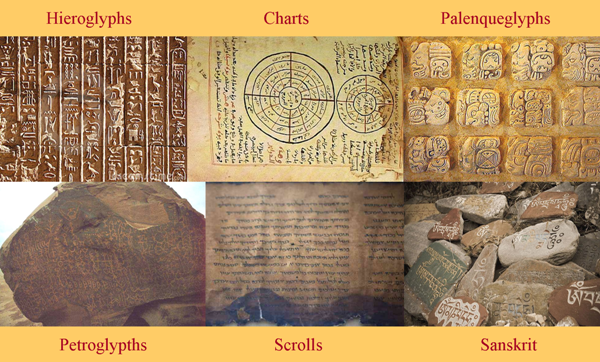 As a result of aligning with a stream of cosmic rays from our Milky Way, and with the Sun reaching its maximum strength for this cycle, an enormous amount of charged particles will hit our solar system, Earth, and each of us. If Mayan prophecy maintains its accuracy, a significant shift will occur with both the Earth itself – in the way of earthquakes, volcanoes, tsunami’s, and all forms of extreme weather, and a shift in all living things – in the way of awareness and consciousness.

Mayan prophecy believes there will be a shift in humans and all living things stimulated by an increase in magnetic charged particles. This will have an effect on the way one sees and interacts in their world. The time we are in now, is a time of “disturbance.” It is a time when people are sorting out what is true for them – a time to decide if their current path is consistent with their true integrity.

Mayan prophecy refers to it as the “new 5th element.” They have given this element a name – they call it “Ether.” The definition of ‘ether’ described in various dictionaries such as Webster and Cambridge say: “It is a theoretical substance which occupy all space, postulated to account for the propagation of electromagnetic radiation through the universe.” Mayan prophecy speaks of ‘celestial events’ as mentioned in the Mayan Sacred Books of ‘Chilam Balam’ and ‘Popol Vuh’ to occur at the end of the 4th world and beginning of the 5th world.

Specific to the Mayan Calendar – a transition to a new state-of-being (awareness) has already begun. The date of December 21st 2012 does not have the function of a light switch. There will be no difference on Dec. 20th or Dec. 22nd. This calendar date has always been meant to serve as simply a post-on-the-road telling us we have just about come to the peak of an old cycle and the beginning of a new one.

Something About The Author

Mitch Battros is a scientific journalist who is highly respected in both the scientific and spiritual communities due to his unique ability to bridge the gap between modern science and ancient text. Founded in 1995 – Earth Changes TV was born with Battros as its creator and chief editor for his syndicated television show. In 2003, he switched to a weekly radio show as Earth Changes Media.

ECM quickly found its way in becoming a top source for news and discoveries in the scientific fields of astrophysics, space weather, earth science, and ancient text. Seeing the need to venture beyond the Sun-Earth connection, in 2016 Battros advanced his studies which incorporates our galaxy Milky Way – and its seemingly rhythmic cycles directly connected to our Solar System, Sun, and Earth driven by the source of charged particles such as galactic cosmic rays, gamma rays, and solar rays. Now, “Science Of Cycles” is the vehicle which brings the latest cutting-edge discoveries confirming his published Equation.                Website: https://scienceofcycles.com