Over the past several decades, artificial intelligence has advanced tremendously, and today it promises new opportunities for more accurate healthcare, enhanced national security and more effective education, researchers say. But what about civil engineering and city planning? How do increased computing power and machine learning help create safer, more sustainable and resilient infrastructure?

U.S. National Science Foundation-funded researchers at the Computational Modeling and Simulation Center, or SimCenter, have developed a suite of tools called BRAILS — short for Building Recognition using AI at Large-Scale — that can automatically identify characteristics of buildings in a city and detect the risks a city’s structures would face in the event of an earthquake, hurricane or tsunami.

SimCenter is part of the NSF-funded Natural Hazards Engineering Research Infrastructure program and serves as a computational modeling and simulation center for natural hazards engineering researchers at the University of California, Berkeley. 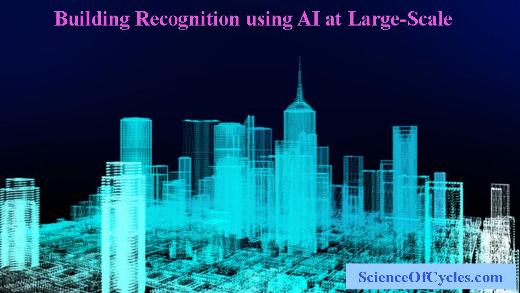 Charles Wang, the lead developer of BRAILS, says the project grew out of a need to “quickly and reliably characterize the structures in a city. We want to simulate the impact of hazards on all the buildings in a region, but we don’t have a description of the building attributes.”

For example, he says, “in the San Francisco Bay area, there are millions of buildings. Using AI, we are able to get the needed information. We can train neural network models to infer building information from images and other sources of data.”

To train the BRAILS modules and run the simulations, the researchers used supercomputers at the Texas Advanced Computing Center — notably Frontera, the fastest academic supercomputer in the world, and Maverick 2, a GPU-based system designed for deep learning.

“Frontera is a leadership computing resource that serves science and engineering research for the nation,” says Manish Parashar, director of NSF’s Office of Advanced Cyberinfrastructure. “We are excited about the new computational methods and techniques Frontera is enabling to transform how engineering discoveries are being made to make our lives safer.”

The SimCenter recently released BRAILS version 2.0, which includes modules to predict a larger spectrum of building characteristics. These include occupancy class, roof type, foundation elevation, year built, number of floors, and whether a building has a “soft-story” — a civil engineering term for structures that include ground floors with large openings like storefronts that may be more prone to collapse during an earthquake.

“Given the importance of regional simulations and the need for large inventory data to execute these, machine learning is really the only option for making progress,” says SimCenter co-director Sanjay Govindjee. “It is exciting to see civil engineers learning these new technologies and applying them to real-world problems.”