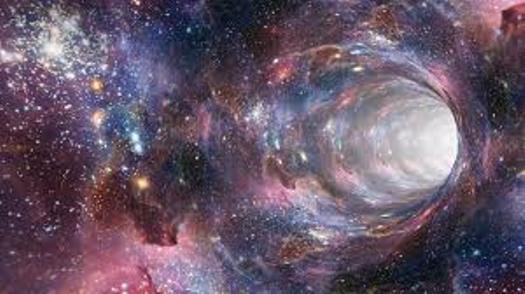 “We’re here because there’s more matter than antimatter in the universe,” says Professor Jens Oluf Andersen at the Norwegian University of Science and Technology’s (NTNU)Department of Physics. This great imbalance between matter and antimatter is all tangible matter, including life forms, exists, but scientists don’t understand why.

Physics uses a standard model to explain and understand how the world is connected. The standard model is a theory that describes all the particles scientists are familiar with. It accounts for quarks, electrons, the Higgs boson particle and how they all interact with each other. But the standard model cannot explain the fact that the world consists almost exclusively of matter. So there must be something we don’t yet understand.

When antimatter and matter meet, they annihilate, and the result is light and nothing else. Given equal amounts of matter and antimatter, nothing would remain once the reaction was completed. As long as we don’t know why more matter exists, we can’t know why the building blocks of anything else exist, either. “This is one of the biggest unsolved problems in physics,” says Andersen.

Researchers call this the “baryon asymmetry” problem. Baryons are subatomic particles, including protons and neutrons. All baryons have a corresponding antibaryon, which is mysteriously rare. The standard model of physics explains several aspects of the forces of nature. It explains how atoms become molecules, and it explains the particles that make up atoms.

“The standard model of physics includes all the particles we know about. The newest particle, the Higgs boson, was discovered in 2012 at CERN, says Andersen. With this discovery, an important piece fell into place. But not the final one. The standard model works perfectly to explain large parts of the universe, so researchers are intrigued when something doesn’t fit. Baryon asymmetry belongs in this category.

Physicists do have their theories as to why there is more matter, and thus why we undeniably exist. “One theory is that it’s been this way since the Big Bang,” says Andersen. In other words, the imbalance between matter and antimatter is a basic precondition that has existed more or less from the beginning.

Quarks are among nature’s smallest building blocks. An early surplus of quarks relative to antiquarks was propagated as larger units formed. But Andersen doesn’t care for this explanation. “We’re still not happy with that idea, because it doesn’t tell us much,” he says.

So why was this imbalance present from the beginning? Why did quarks initially outnumber antiquarks? “In principle, it’s possible to generate asymmetry within the standard model of physics—that is, the difference between the amount of matter and antimatter. But we run into two problems,” says Andersen.

The second problem is that temperatures have to be around 1 trillion degrees Kelvin, or 1015 degrees. That’s scorching—consider that the sun’s surface is only about 5700 degrees. Regardless, it is not sufficient to explain baryonic matter. “It can’t work. In the standard model, we don’t have enough matter,” Andersen says. “The problem is that the jump in the expectation value of the Higgs field is too small,” he adds for the benefit those with only a minimum grasp of physics.

Neither he nor other physicists doubt that the standard model is right. The model is continuously tested at CERN and other particle accelerators. It’s just that the model isn’t yet complete. Andersen and his colleagues are investigating various possibilities for the model to fit with the imbalance between matter and antimatter. The latest results were recently published in Physical Review Letters.

Andersen and his colleagues tested the so-called “two Higgs doublet” model (2HDM), one of the simplest extensions of the standard model. They searched for possible areas where the right conditions are present to create matter. “Several scenarios exist for how the baryon asymmetry was created. We studied the electroweak phase transition using the 2HDM model. This phase transition takes place in the early stage of our universe,” says Andersen.

The process is comparable to boiling water. When water reaches 100 degrees Celsius, gas bubbles form and rise up. These gas bubbles contain water vapour which is the gas phase. Water is a liquid. When it transitions from the gas phase to the liquid phase in the early universe during a process in which the universe expands and is cooled, a surplus of quarks is produced compared to antiquarks, generating the baryon asymmetry.

Last but not least, the researchers are also doing mathematics. In order for the models to work in sync, parameters or numerical values have to fit so that both models are right at the same time. So the work is about finding these parameters. In the most recent article in Physical Review Letters, Andersen and his colleagues narrowed down the mathematical area in which matter can be created and at the same time correspond to both models. They have now narrowed the possibilities.

“For the new model (2HDM) to match what we already know from CERN, for example, the parameters in the model can’t be just anything. On the other hand, to be able to produce enough baryon asymmetry, the parameters also have to be within a certain range. So that’s why we’re trying to narrow the parameter range. But that’s still a long way off,” says Andersen. In any case, the researchers have made a bit of headway on the road to understanding why we and everything else are here.