In a paper published on May 12th 2016 in the scientific journal Science, a research team that includes a West Virginia University physicist helped shed light on the process of magnetic reconnection — which occurs when magnetic fields, such as those around the planet, break and reconnect. The paper details discoveries from NASA’s unprecedented Magnetospheric Multiscale, or MMS, mission that launched four identical spacecraft into Earth’s magnetic shield to measure reconnection. 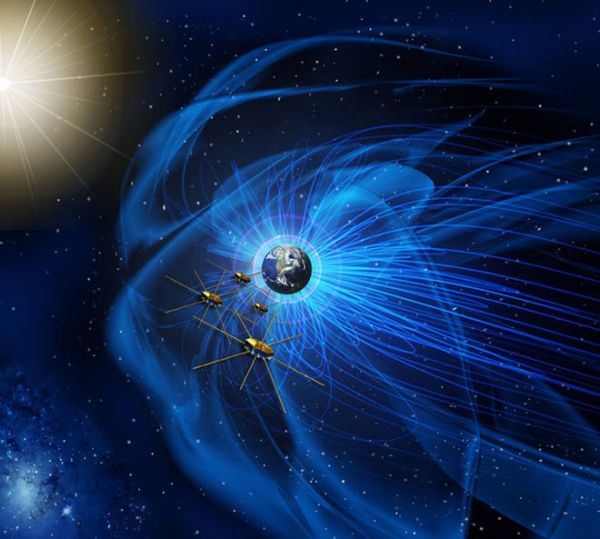 On Oct. 16, 2015, MMS flew through the heart of a reconnection region, and scientists were able to perform the first-ever physics experiment in that environment. It is the first time that researchers have detected the exact point of reconnection.

Scientists are making new discoveries about a process that causes some of the most explosive events in the universe. At the same time, they are answering questions about Earth’s magnetosphere — the protective bubble around Earth that shields the planet from the Sun’s constant barrage of superheated, electrically charged particles. 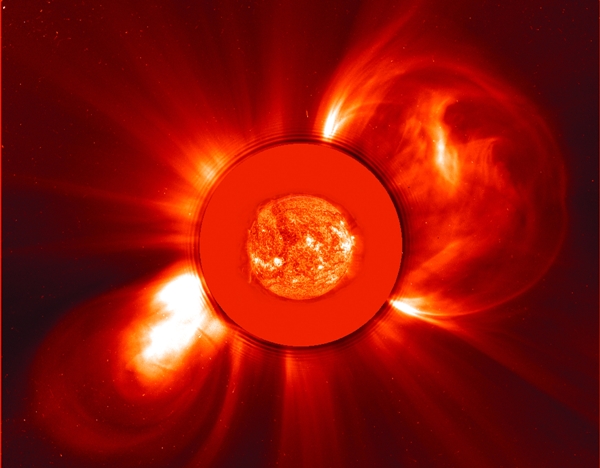 “Magnetic reconnection leads to events like solar flares and auroral displays so it is easy to see its aftereffects, but scientists have never been able to directly observe the point where it occurs until now,” says Paul Cassak, associate professor of physics in the Eberly College of Arts and Sciences and co-author of the paper. “The tiny sizes involved and the extreme speed of the reconnection process make it difficult to study.” 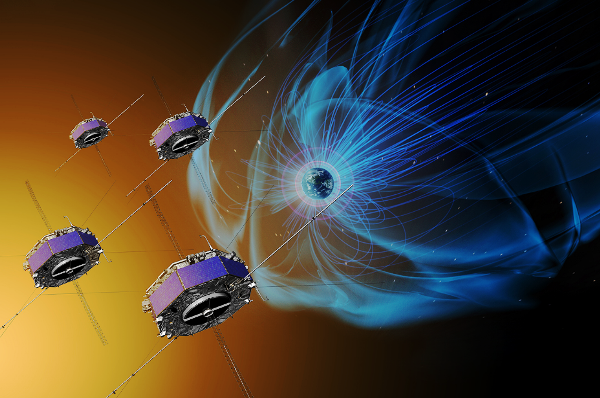 Up until MMS, scientists were unable to measure the smallest scales of reconnection because it was impossible to process data fast enough to determine what was occurring. With this mission, instruments were able to record data 100 times faster than ever before, fast enough to see where magnetic fields break.

“The amount of data collected and the speed at which it was collected is remarkable,” says Cassak, whose role on the project was developing numerical simulations to help scientists understand what happens in the region where reconnection occurs. “Nobody thought the mission would be this successful this soon.”

As part of the MMS Theory and Modeling team, Cassak used MMS observations and sophisticated computer simulations to analyze how magnetic fields reconnect around Earth.

Along with the research team, Cassak determined the properties in the reconnection region. He ran a simulation using a supercomputer operated by the Department of Energy that put the observed results in a two-dimensional context, as opposed to the one-dimensional data that comes from the satellites.

The simulations produced a large amount of data — almost a third of a terabyte — and would have taken almost a year and a half to do on a single computer.

The simulation ultimately illustrates how magnetic reconnection happens. One goal of this type of research is to help space weather scientists predict how the magnetosphere will behave so that appropriate preparations can be made.

“Learning what causes magnetic fields to break has significant, fundamental implications for scientists because it is very difficult to resolve these types of scales, even in the lab,” says Cassak. “If scientists are able to use MMS to understand what is happening at small scales in the magnetosphere, they can apply this knowledge to other settings where reconnection is important, from space weather to fusion applications in the laboratory.”

Cassak says that the mission is still very young and there is much more to observe. MMS’s orbit will continue to focus on the day-side of Earth for another six months. Then, the orbit will be changed and it will focus on the night-side with the hopes that the spacecraft will encounter another reconnection region. Scientists expect the reconnection process to look different on the night-side, and hope to understand what drives events that cause auroral displays.

Cassak’s work is the latest groundbreaking research to come from WVU’s physics and astronomy department. Among other discoveries, WVU researchers were part of teams that recently detected gravitational waves for the first time and discovered that fast radio bursts are found to repeat.