A strange seismic event off the coast of Africa has led scientists to a mighty finding: the discovery of the largest underwater volcanic eruption ever recorded. 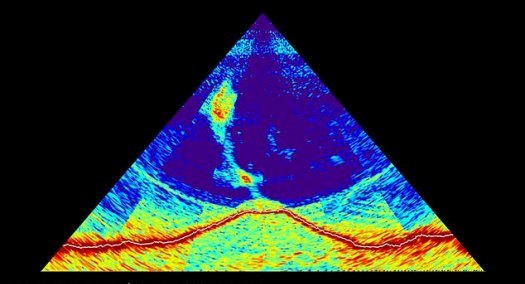 The eruption also may explain a weird seismic event recorded in November 2018 just off the island of Mayotte, located between Madagascar and Mozambique in the Indian Ocean. Researchers described that event as a seismic hum that circled the world, but no one could figure out what sparked it.

For starters, the hum rang at a single, ultralow frequency, which was strange because seismic waves usually rumble at many frequencies. Moreover, there were hardly any detectable “p-waves” or “s-waves,” which usually accompany earthquakes. And, incredibly, the island of Mayotte moved a few inches south and east after the mysterious event. [Photos: Hawaii’s New Underwater Volcano]

Now, scientists have an idea why. This weird seismic hum was likely the birth announcement of a new underwater volcano, according to Science magazine.

The underwater volcano is enormous, rising nearly a half mile (0.8 kilometers) from the ocean floor. It’s the length of a 3.1-mile (5 km) race and lies about 31 miles (50 km) off Mayotte’s eastern coast. And it came into being in just six months.

“We have never seen anything like this,” Nathalie Feuillet, a leader of an expedition to the site by the research vessel Marion Dufresne, who is with the Institute of Geophysics in Paris (IPGP), told Science magazine.

In addition to the weird “seismic hum,” there were other clues that something big was happening. The inhabitants of the French island of Mayotte reported feeling more than 1,800 little earthquakes almost daily since the middle of last year, including a large magnitude-5.8 earthquake in May 2018, the largest ever recorded in the region, National Geographic reported.

How scientists found it
Finding the newborn volcano took an enormous effort, including work from organizations such as the National Center for Scientific Research (CNRS) in France, the IPGP and the French Research Institute for the Exploitation of the Sea (IFREMER), according to a joint statement released May 16.

This magma chamber may also be shrinking, as Mayotte has sunk about 5 inches (13 centimeters) and moved 2.5 inches (10 cm) to the east over the past year, Science magazine reported.

In addition, sonar revealed 1.2 cubic miles (5 cubic km) of magma on the seafloor, as well as plumes of bubble-rich water streaming from the volcano. Rock samples collected from the site may reveal the depth of the magma source, as well as the risk of a volcanic eruption.

A volcano in the Indian Ocean?
Mayotte isn’t a stranger to volcanic eruptions, but it’s been at least 4,000 years since volcanoes last stirred in the area, National Geographic reported. The island is part of the Comoro archipelago, islands created by volcanism. [Sunset Crater: Spectacular Photos of a Cinder Cone Volcano]

As news of the seismic hum and the tiny earthquakes spread, a group of French researchers posted a draft of a research study on EarthArxiv, a non-peer-reviewed site in February 2019, positing that the rumblings might have to do with a draining magma chamber. But researchers still have to publish a peer-reviewed study on the events, and it remains unclear exactly how the weird hum, earthquakes and volcano are related.

It’s also a mystery why volcanoes are found near the tiny island. Unlike Hawaii, which formed because of hotspot volcanism roiling up, the volcano near Mayotte lies within the ancient rift where Madagascar tore away from eastern Africa long ago. It’s possible that fissures from this break are now a cradle for this new volcano. However, it’s strange that the volcano popped up by Mayotte, which is the oldest island in the archipelago, Ken Rubin, a volcanologist at the University of Hawaii at Mānoa, told National Geographic.

It also remains to be seen if this volcano is completely new, or whether it sits on an older volcanic structure, the researchers said. In other words, geologists have a lot of work to do, and they’re eager to get to the bottom of this geologic conundrum.