Michigan State University researchers, working with colleagues from Technical University Darmstadt in Germany, are zeroing in on the answer to one of science’s most puzzling questions: Where did heavy elements, such as gold, originate? 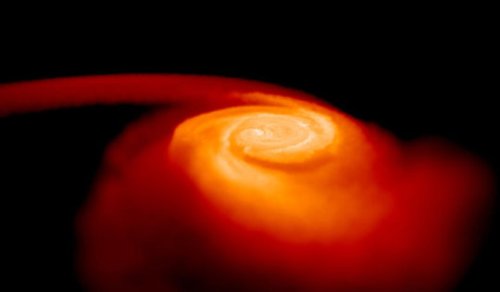 Currently there are two candidates, neither of which are located on Earth — a supernova, a massive star that, in its old age, collapsed and then catastrophically exploded under its own weight; or a neutron-star merger, in which two of these small yet incredibly massive stars come together and spew out huge amounts of stellar debris.

In a recently published paper in the journal Physical Review Letters, the researchers detail how they are using computer models to come closer to an answer.

“At this time, no one knows the answer,” said Witold Nazarewicz, a professor at the MSU-based Facility for Rare Isotope Beams and one of the co-authors of the paper. “But this work will help guide future experiments and theoretical developments.”

By using existing data, often obtained by means of high-performance computing, the researchers were able to simulate production of heavy elements in both supernovae and neutron-star mergers.

“Our work shows regions of elements where the models provide a good prediction,” said Nazarewicz, a Hannah Distinguished Professor of Physics who also serves as FRIB’s chief scientist. “What we can do is identify the critical areas where future experiments, which will be conducted at FRIB, will work to reduce uncertainties of nuclear models.”

MSU is establishing FRIB as a new scientific user facility for the Office of Nuclear Physics in the U.S. Department of Energy Office of Science.