People on the Big Island of Hawaii have been dealing with the eruptions and collapse events from the Kilauea volcano for almost two months now. Activity at the summit of the volcano continues with collapse events, and lava is still flowing from the island’s Fissure 8. 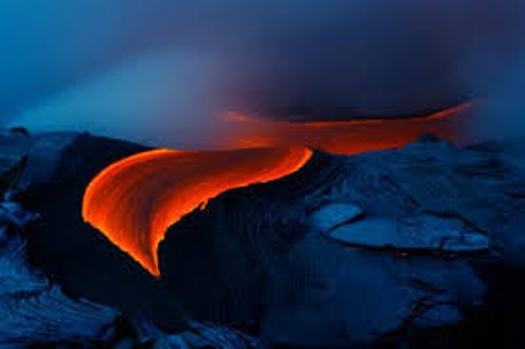 Friday morning in Hawaii, there was a collapse explosion that sent a plume of volcanic material into the sky and drifting southwest of the summit according to the United States Geological Survey. But the levels of sulfur dioxide, the gas that Kilauea releases, were actually down from where they had been when the volcano first started erupting.

The next morning, there was another collapse event. That event occurred after about 15 hours of elevated seismic activity around the summit. It resulted in a steam plume that went about 500 feet in the air, similar to the previous explosion.

After the explosive events, the seismicity in the area dropped significantly by about two-thirds. Prior to the events, there were about 30 to 35 earthquakes an hour resulting from the volcanic activity, after the collapse events that dropped to 10 or less for a short period before the activity increased again, according to the USGS.

In addition to the collapse events that have resulted in the loss of a parking lot and a GPS station for measuring collapse, the lava that has already claimed hundreds of homes is still flowing.

Fissure 8 is still erupting lava and flowing into a channel. The channel does occasionally experience small and temporary overflows, according to the USGS. The spatter cone of the fissure was reaching about 155 feet tall as of Saturday morning. The lava that was coming from the fissure was flowing down to the ocean, where it had filled the entire Kapoho Bay and moved onto the Kapoho Beach Lots, said the USGS.

The lava was entering the ocean and causing a dangerous byproduct called laze, short for lava haze, that officials were warning people to avoid. The plume can damage the lungs and the skin as well as the eyes. The point where the lava enters the ocean can also experience small explosions, the USGS warned.

Around Fissure 8, volcanic glass including Pele’s hair was falling, more particles that residents were asked to avoid due to the irritation they can cause.