Mexican authorities have raised the alert level for the Popocatepetl volcano near Mexico City to indicate increasing intensity after it started spewing steam and gas and ejected burning fragments that caused fires in surrounding pastures. 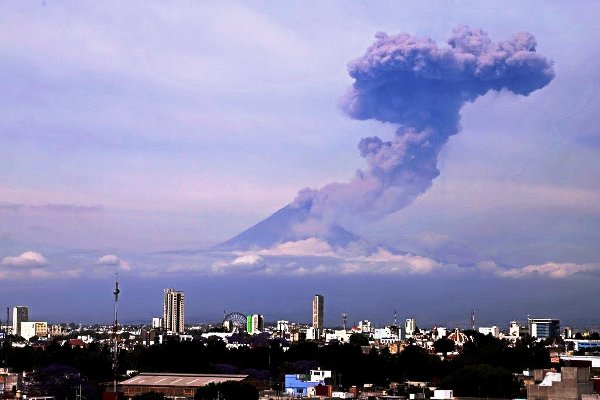 Mexico’s National Center for Disaster Prevention warned people to stay away from Popocatepetl, saying that in the previous 24 hours it had observed more than 200 discharges from the volcano, some 50 miles to the southeast.

The center raised the volcano’s alert level to yellow phase three from yellow phase two, indicating possible magma expulsion and explosions of increasing intensity. It is the third-highest warning on the center’s seven-step scale, according to the Mexican Civil Protection agency.

An eruption late on Tuesday generated a 3 kilometer (1.9 mile) column that released fragments of burning rock up to 2 km (1.24 miles) away in a northeasterly direction, setting fires to nearby pastures. Several municipalities reported ash falling on them from the explosion, the center said.

Popocatepetl has spewed smoke and ash over the last few years, and a major eruption in 2000 forced the evacuation of nearly 50,000 residents in three states surrounding the peak.

The agency has previously said that similar intensification of activity in the 5,450 meter (17,900 foot) volcano could provoke big explosions capable of sending incandescent fragments out over considerable distances, as well as ash showers.