Ibu volcano, located along the NW coast of Halmahera Island, is a stratovolcano with a truncated summit and a number of large nested summit craters. The inner crater, 1 km wide and 400 m deep, contained several small crater lakes through much of historical time. The outer crater, 1.2 km wide, is breached on the north side, creating a steep-walled valley.

The volcano is very active at the moment, our expedition organizer Andi reported from the ongoing volcano tour to Ibu and Dukono volcanoes. 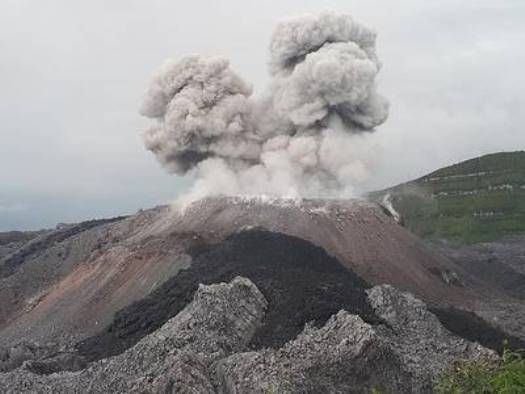 “Mt Ibu … (has) many explosions and a new lava flow has been active on the western flank.”