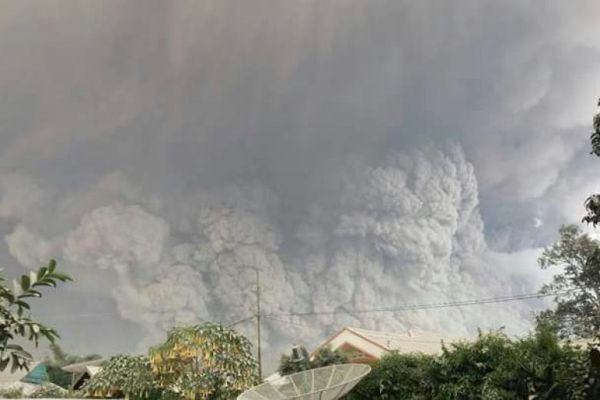 The volcano had multiple eruptions between 8am and noon local time on Wednesday. It had erupted repeatedly in recent weeks, displacing as many as 7,214 people, with 2,863 choosing to stay at evacuation shelters, Indonesia’s disaster management agency (BNPB) said in a statement.

Indonesia’s Centre for Volcanology and Geological Hazard Mitigation has told residents to stay outside a 7km radius on the south side of the volcano, 6km on the south-east and east side and 4km on the north side.

“We cannot predict when Mount Sinabung stop erupting. Volcanic and seismic parameters remain high, therefore the potential of follow-up eruptions is still there,” BNPB spokesman Dr Sutopo Purwo Nugroho said in a statement distributed to reporters . No casualties have been reported.

Sinabung began being active again in 2010 for the first time after about 400 years. It then went into inactivity for about three years before it erupted again.

In May last year, seven people were killed in one of Sinabung’s eruptions, while 16 were killed by similar eruptions in 2014.