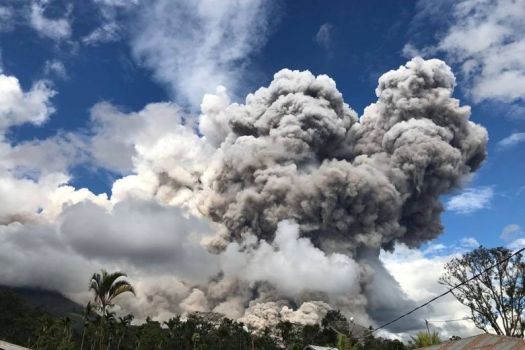 The eruption sent black gray volcanic ash up into the sky as high as 3,500m towards the east and south-east and 4,600m in the south and south-east direction.

Volcanic ash also fell on several villages around the volcano, he said.

There were no casualties from Wednesday’s eruption as those living within the red zone around the volcano had been evacuated, he added.

“Mount Sinabung’s continuous eruptions have caused the exclusion zone to expand,” Dr Sutopo said, adding that 3,331 families who live in areas prone to the impact from the eruptions must be evacuated.

The eruption on Wednesday followed another on Dec 18.

The Indonesian authorities have imposed the highest alert on the volcano, which has been in place since 2013 when it began erupting.