Space bears witness to a constant stream of star births. Whole star clusters are often formed at the same time – and within a comparatively short period. Amelia Stutz and Andrew Gould from the Max Planck Institute for Astronomy in Heidelberg have proposed a new mechanism to explain this quick formation. 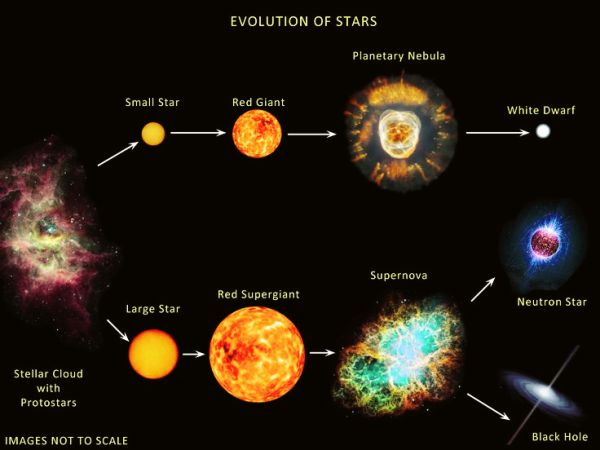 Star formation is basically a simple process: You take a very cold cloud consisting of hydrogen gas and a sprinkling of dust and leave the system to get on with it. Then, within the space of a few million years, the sufficiently cold regions will collapse under their own gravity and form new stars.

Reality is a bit more complicated. A particular feature is that there seem to be two types of star formation. In conventional, smaller molecular clouds, only one or a few stars form – until the gas has dispersed over a period of three million years or so. Larger clouds survive around ten times longer. Whole star clusters are born simultaneously in these clouds and very massive Suns are formed. 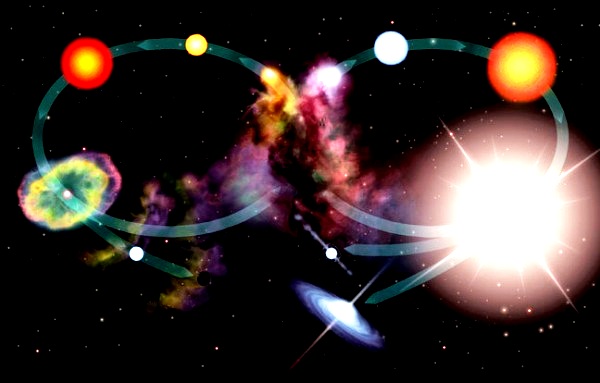 Why is it that so many stars are created during these approximately 30 million years? In astronomical terms, this period is quite short. Most attempts at an explanation are based on a kind of chain reaction in which the formation of the first stars in the cloud triggers the formation of further stars. Supernova explosions of the most massive (and therefore shortest-lived) stars which have just formed could be one explanation, as their shock waves compress the cloud material and thus create the seeds for new stars. 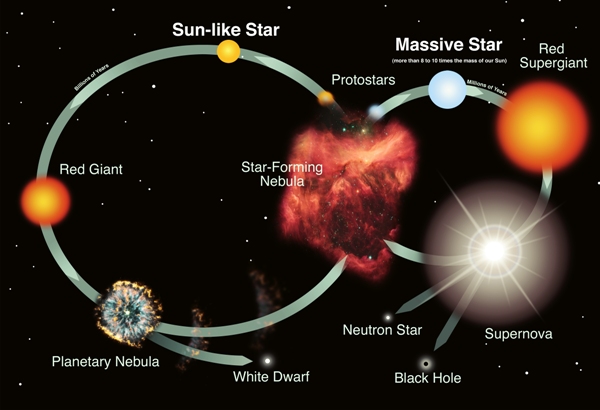 Amelia Stutz and Andrew Gould from the Max Planck Institute for Astronomy in Heidelberg are pursuing a different approach and bringing gravity and magnetic fields into play. To test their idea, they undertook a detailed investigation of the Orion nebula, 1300 light years away. The bright red gas cloud with the complex pattern is one of the best-known celestial objects.

The starting point for Stutz and Gould’s considerations are maps of the mass distribution in a structure known as an “integral-shaped filament” because of its form – it resembles that of a curved integral sign – and which includes the Orion nebula in the central section of the filament. 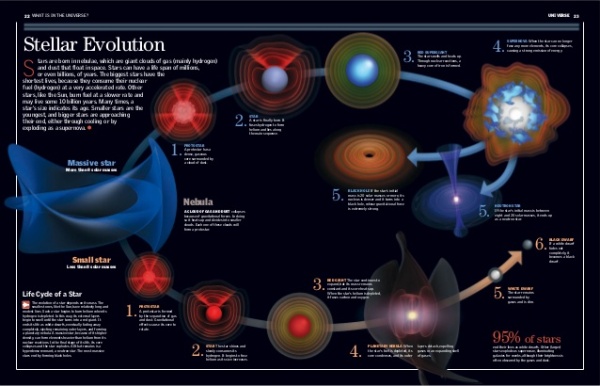 The Heidelberg-based researchers also drew on studies of the magnetic fields in and around this object.

The data show that magnetic fields and gravitation have approximately the same effect on the filament. Taking this as their basis, the two astronomers developed a scenario in which the filament is a flexible structure undulating to and fro. The usual models of star formation, on the other hand, are based on gas clouds which collapse under their own gravitation.

Important proof for the new idea is the distribution of protostars and infant Suns in and around the filament. Protostars are the precursors of Suns: they contract even further until their nuclei have reached densities and temperatures which are high enough for nuclear fusion reactions to start in a big way. This is the point at which a star is born.

Protostars are light enough to be dragged along when the filament undulates backwards and forwards. Infant stars, in contrast, are much more compact and are simply left behind by the filament or launched into the surrounding space as if fired from a slingshot. The model can thus explain what the observation data actually show: protostars are to be found only along the dense spine of the filament; infant stars, on the other hand, are found mainly outside the filament.

This scenario has the potential for a new mechanism which could explain the formation of whole star clusters on (in astronomical terms) short timescales. The observed positions of the star clusters suggest that the integral-shaped filament originally extended much further towards the north than it does today. Over millions of years, one star cluster after another seems to have formed, starting from the north. And each finished star cluster has scattered the gas-dust mixture surrounding it as time has passed.

This is why we now see three star clusters in and around the filament: the oldest cluster is furthest away from the northern tip of the filament; the second one is closer and is still surrounded by filament remnants; the third one, in the center of the integral-shaped filament, is just in the process of growing.

The interaction of magnetic fields and gravity allows certain types of instabilities, some of which are familiar from plasma physics, and which could lead to the formation of one star cluster after another. This hypothesis is based on observational data for the integral-shaped filament. It is not a mature model for a new mode of star formation, however. Theoreticians have first to carry out appropriate simulations and astronomers have to make further observations.

Only when this preparatory work is complete will it be clear whether the molecular cloud in Orion represents a special case. Or whether the birth of star clusters in a medley of magnetically trapped filaments is the usual route to forming whole clusters of new stars in space within a short period.