Metallic asteroids are thought to have started out as blobs of molten iron floating in space. As if that’s not strange enough, scientists now think that as the metal cooled and solidified, volcanoes spewing liquid iron could have erupted through a solid iron crust onto the surface of the asteroid. 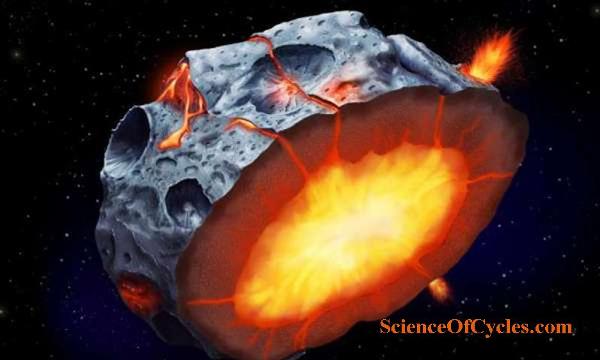 This scenario emerged from an analysis by planetary scientists at UC Santa Cruz whose investigation was prompted in part by NASA’s plans to launch a probe to Psyche, the largest metallic asteroid in the solar system. Francis Nimmo, professor of Earth and planetary sciences, said he was interested in the composition of metallic asteroids indicated by analyses of iron meteorites, so he had graduate student Jacob Abrahams work on some simple models of how the asteroids cooled and solidified.

“One day he turned to me and said, ‘I think these things are going to erupt,'” Nimmo said. “I’d never thought about it before, but it makes sense because you have a buoyant liquid beneath a dense crust, so the liquid wants to come up to the top.” 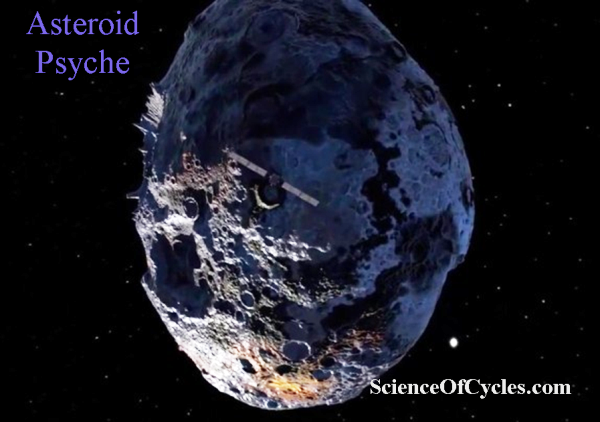 The researchers described their findings in a paper that has been accepted for publication in Geophysical Research Letters.

Metallic asteroids originated early in the history of the solar system when planets were beginning to form. A protoplanet or “planetesimal” involved in a catastrophic collision could be stripped of its rocky outer layers, exposing a molten, iron-rich core. In the cold of space, this blob of liquid metal would quickly begin to cool and solidify.

As for what the iron volcanoes would look like, Abrahams said it depends on the composition of the melt. “If it’s mostly pure iron, then you would have eruptions of low-viscosity surface flows spreading out in thin sheets, so nothing like the thick, viscous lava flows you see on Hawaii,” he said. “At the other extreme, if there are light elements mixed in and gases that expand rapidly, you could have explosive volcanism that might leave pits in the surface.”