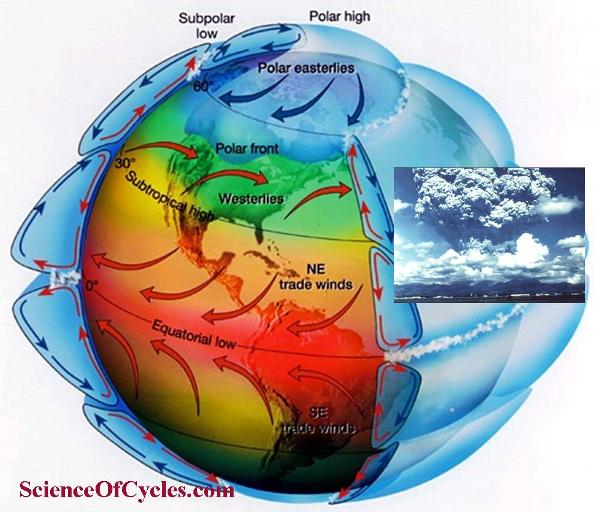 In the study published today in the Proceedings of the National Academy of Sciences of the United States of America, Camargo and Pausata approached this relationship by simulating very large volcanic eruptions in the tropics multiple times. Their modeling told a more complex story than previous papers had indicated.

“This is the first study to explain the mechanism of how large volcanic eruptions influences hurricanes globally,” said Camargo.

This results in an increase in hurricane activity between the Equator and the 10°N line, and a decrease further north. The zone’s southward shift has further effects in the Southern Hemisphere, causing a decrease in activity on the coasts of Australia, Indonesia, and Tanzania, while Madagascar and Mozambique experience an increase. These changes can last for up to four years following the eruption.

Camargo and Pausata were able to separate the effects of volcanic eruptions and El Niño-Southern Oscillation on hurricane activity and show the different impacts the two factors have on hurricanes globally. Their findings are important in helping scientists better understand the relationship between volcanoes and hurricanes.