Steam billowed up from Hawaii’s largest freshwater lake as lava flow evaporated its placid waters within a few hours and made it the latest casualty from the Big Island’s Kilauea volcano. 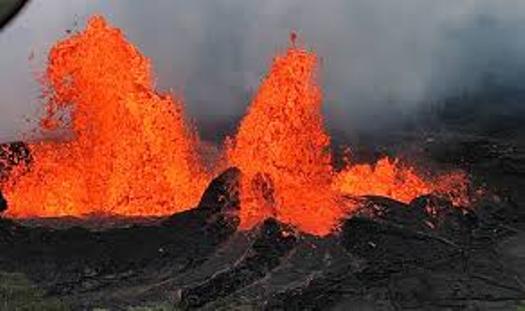 A steam plume first appeared around 10 a.m. Saturday as lava poured into Green Lake in Kapoho, but by 3 p.m. a Hawaii County Fire Department overflight confirmed to the US Geological Survey that the lake had filled with lava and the body of water was no more.

Green Lake — a popular swimming spot — once reached about 200 feet deep, according to CNN affiliate KHNL/KGMB.

“I couldn’t believe it,” Hawaii Community College geography instructor Drew Kapp told the TV station. “I’ve never even heard of anything like that happening before.”

It’s been more than a month since lava began its slow, destructive path after Kilauea erupted. About 7.7 square miles of land have been covered by lava.

Residents also have had to contend with poisonous gases given off by the lava, which can include laze — hydrochloric acid and volcanic glass particles.

Green Lake isn’t the only part of the Big Island that the recent volcanic activity has transformed. Kapoho Bay, famous for its tide pools, was completely filled by lava Tuesday.