TEPIC, Mexico – Rocks under increasing pressure before earthquakes strike send out low-pitched rumbling sounds that the human ear cannot detect but could be used to predict when a tremor will strike, scientists said on Monday. 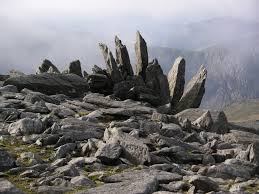 Researchers recreated powerful earthquake forces in a laboratory and used high-tech algorithms to pick out the acoustic clues amid all the other noise of a pending quake, according to findings published in Geophysical Research Letters, a journal published by the American Geophysical Union.

The sounds are emitted typically a week before an earthquake occurs, so deciphering them would allow scientists to pinpoint the timing of a tremor, the research paper said.

Scientists currently can calculate the probability of an earthquake in a particular area but not when it will happen, according to the U.S. Geological Survey.

“People have said you can’t predict earthquakes. People have tried. We’re now saying we believe for the first time we can predict an earthquake in a laboratory,” said Colin Humphreys, professor of materials science at Cambridge University and one of the paper’s authors.

“What happens before an earthquake is that rocks emit noise because one grain of rock is rubbing against another grain of rock…. It’s a little like a squeaky door,” Humphreys told the Thomson Reuters Foundation

“This noise is emitted typically one week before an earthquake happens,” he said. “You get one week’s warning so you get time to evacuate people and get many fewer deaths.”

The seismic signals generated in the simulations were analyzed by machine-learning systems that could identify the low rumblings that strengthen as tremors approach, Humphreys said.

The acoustic clues had previously been detected by scientists but rejected as random noise, he said.

The Los Alamos experiment will be applied to quake-prone areas such as the San Andreas fault in California, he said.

The next challenge is determining a quake’s magnitude in advance, Humphreys told the Foundation.

“There is hope that we can solve these problems, and this is a first step,” he said.

The sounds also could be used to warn of landslides or avalanches.