A magnitude 6.4 earthquake rattled a large swath of Southern California on Thursday morning, according to USGS. 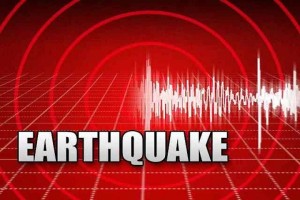 There are no immediate reports of damages or injuries.

It was originally recorded as a 6.6 magnitude earthquake.

The quake was felt in Bakersfield minutes after it struck. People from the desert to the Pacific coast in Southern California reported feeling it.