The Sun’s closest star neighbour, Proxima Centauri, a cool dwarf star situated a little over four light years away, may not be inclined to harbour habitable planets, if its temperament is anything to go by. AstroSat, along with other space and earth-based observatories, has detected a powerful solar flare sent out by this star. 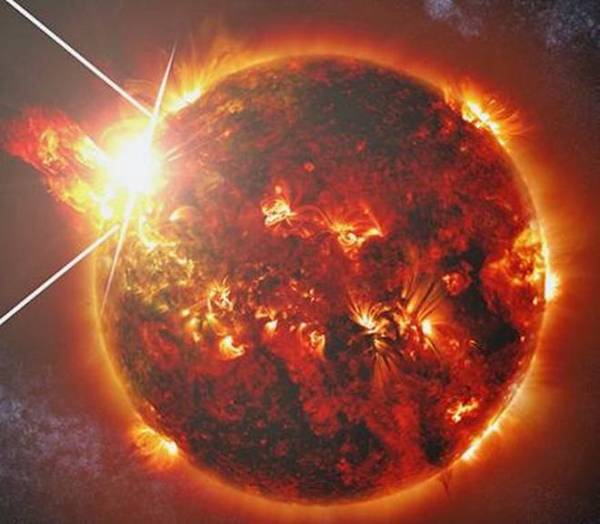 At an energy of 10-raised-to-30 ergs, this explosion is about 100 times a typical flare. “If [such a flare] occurs in our Sun, it might have a devastating effect on power grids, interrupt broadcasts and electricity, affect electronic instruments, and cause excess UV radiation in space,” Professor K.P. Singh of the Tata Institute of Fundamental Research (TIFR), Mumbai, who was involved in the research, said in a joint press release issued by the observatories.

“The mission teams of all satellites agreed to point to this star and spend a whole day watching this particular star. Also, AstroSat is sensitive enough to easily catch a flare from a star that is so close to us, if it happens during the night time of the satellite and if the telescope is pointed towards this star, as was the case here,” Professor Singh said in an email to The Hindu.

Last year’s discovery of Proxima Centauri b — a planet orbiting Proxima Centauri and, more importantly, lying in its habitable ‘Goldilocks’ zone — had set everyone wondering if it could host life.

“It [the solar flare] makes it quite improbable for Proxima Centauri b to host a life form as we know it,” said Professor Singh.