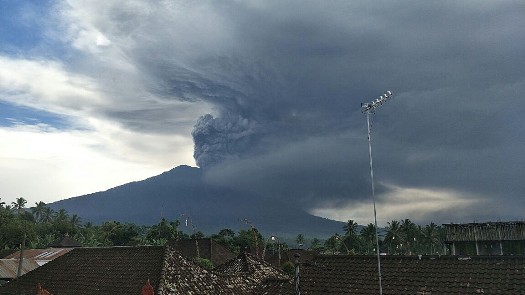 Airport authorities have issued a warning to airlines on the possibility of ash disrupting flights to and from the airport following the eruption, urging all airlines to remain cautious although the situation has yet to affect flight routes.

Mt. Agung emitted smoke 1,500 meters above its peak on Thursday, heading west. The increasing volcanic activity came after the highest mountain on the popular resort island erupted on Wednesday night.

“Mount Agung erupted but operations [at the airport] remain normal. We are trying to map all the routes,” Ngurah Rai’s communication and legal section head, Arie Ahsanurrohim, said in its notification to airlines on Thursday.