Nepal is sending a group of expert climbers to remeasure the height of Mount Everest today amid concerns that the devastating 2015 earthquake in the country caused the peak to shrink. 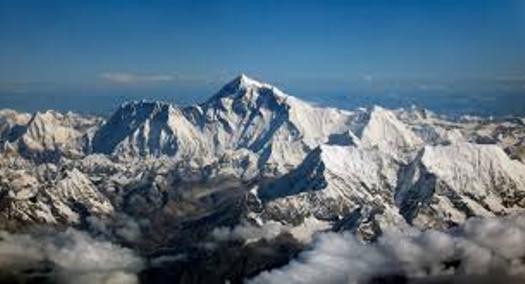 It is the first time the country has sent its own government-appointed team to conduct a survey of the world’s highest mountain.

Officially, Everest stands at 29,029ft – but this figure was calculated by an Indian team back in 1954. Since then its actual height has been widely debated.

China believes the mountain could be over ten feet shorter than the 1954 measurement while the US National Geographic Society believes it is actually over five foot higher.

The 7.8 magnitude earthquake that hit Nepal in April 2015 cast further doubt on the Indian reading.

The severity of the quake – which left 3.5 million people homeless – is believed to have altered the height of some areas of Nepal by up to 30 feet, thanks to shifting tectonic plates.

The four Nepalis chosen to climb Everest have spent the past two years training for the climb.

Once they successfully reach the summit they will use a new Global Navigation Satellite System that can send readings about its height to their two colleagues who will remain at base camp.

They believe the device will allow them to accurately measure the height of Everest to the centimetre, putting any uncertainty firmly to rest.

“It will not be easy to work in that terrain, but we are confident our mission will be successful,” said expedition leader Mr Gautam, who previously ascended the treacherous peak in 2011.

More than 5,000 people have scaled Everest since it was first climbed by the Kiwi mountaineer Edmund Hillary and his Indian-Nepali Sherpa, Tenzing Norgay in 1953.

However, the mountain is notoriously dangerous to climb and the last year without any fatalities was back in 1977.

Avalanches, falls and frostbite brought on by temperatures as low as -60C have all previously claimed the lives of experienced mountaineers.