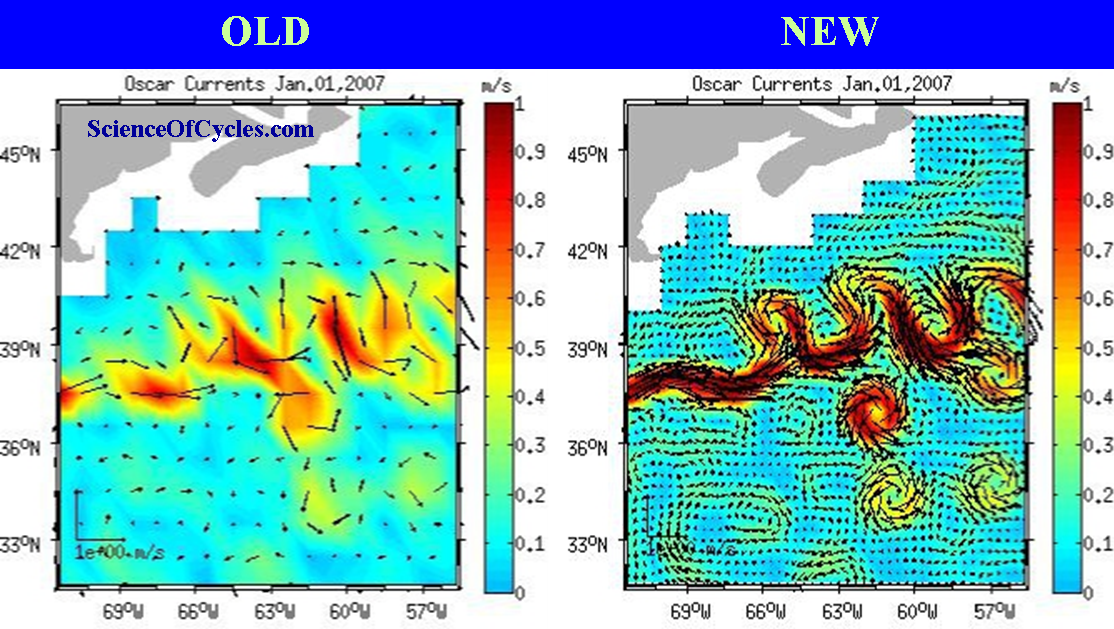 New research led by University of Hawai’i at Mānoa (UHM) oceanographer Bo Qiu has determined from observational data the length scale at which using sea level height no longer offers a reliable calculation of circulation.

Upper-ocean processes dissipate heat, transport nutrients and impact the uptake of carbon dioxide—making circulation a critical driver of biological activity in the ocean. The movement of water in the ocean is determined by many factors including tides; winds; surface waves; internal waves, those that propagate within the layers of the ocean; and differences in temperature, salinity or sea level height. Additionally, like high and low pressure systems seen on TV weather maps, the ocean is full of eddies, slowly swirling masses of water.

“As length scales become smaller from several hundred miles to a few tens of miles, we discovered the point at which geostrophic balance becomes no longer valid—meaning that sea level is no longer useful for calculating ocean circulation,” said Qiu, professor at the UHM School of Ocean and Earth Science and Technology (SOEST). “That is due to the presence of oceanic internal wave motions which essentially disrupts the motion that would be caused by geostrophy.”

Scientists use sea level as a means to calculate ocean circulation because satellites circle Earth daily, acquiring sea level data frequently and accurately. Prior to this study, published in Nature Communications, oceanographers knew that sea level can be used to provide a picture of circulation in a general way but not in very fine detail. However, the specific level of detail that can be provided using this approach was not known, until this study.

Further, in areas of the ocean with persistent or frequent eddies, Qiu and co-authors from the Japan Meteorological Agency, Caltech and NASA Jet Propulsion Laboratory determined that sea level can reliably be used to calculate circulation at a fairly high resolution, that is, at fairly small length scales (resolution of 10 miles). However, in areas where motion is dominated by internal waves, satellite sea level can only be used to infer motion on a very large scale (resolution of 125 miles).

“This aspect of the study was a bit of a surprise,” said Qiu. “I didn’t anticipate that the transition point would vary by an order of magnitude within the western North Pacific.”

In the future, Qiu and colleagues hope to develop a mathematical approach to creating more detailed pictures of circulation based on sea level in more locations throughout the Pacific.