The latest data sent back by the Juno and Cassini spacecraft from giant gas planets Jupiter and Saturn have challenged a lot of current theories about how planets in our solar system form and behave. 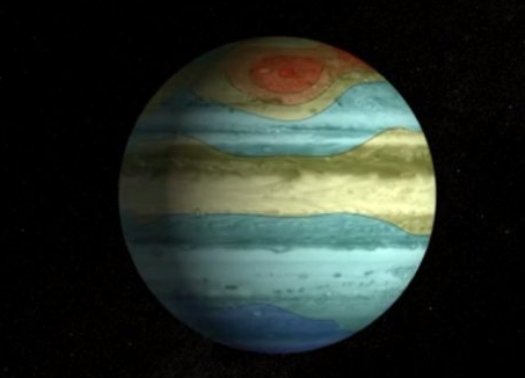 The detailed magnetic and gravity data have been “invaluable but also confounding,” said David Stevenson from Caltech, who will present an update of both missions this week at the 2019 American Physical Society March Meeting in Boston.

“Although there are puzzles yet to be explained, this is already clarifying some of our ideas about how planets form, how they make magnetic fields and how the winds blow,” Stevenson said.

Cassini orbited Saturn for 13 years before its dramatic final dive into the planet’s interior in 2017, while Juno has been orbiting Jupiter for two and a half years.

Juno’s success as a mission to Jupiter is a tribute to innovative design. Its instruments are powered by solar energy alone and protected so as to withstand the fierce radiation environment.

Stevenson says the inclusion of a microwave sensor on Juno was a good decision.

“Using microwaves to figure out the deep atmosphere was the right, but unconventional, choice,” he said. The microwave data have surprised the scientists, in particular by showing that the atmosphere is evenly mixed, something conventional theories did not predict.

“Any explanation for this has to be unorthodox,” Stevenson said.

Researchers are exploring weather events concentrating significant amounts of ice, liquids and gas in different parts of the atmosphere as possible explanations, but the matter is far from sealed.

Other instruments on board Juno, gravity and magnetic sensors, have also sent back perplexing data. The magnetic field has spots (regions of anomalously high or low magnetic field) and also a striking difference between the northern and southern hemispheres.

“It’s unlike anything we have seen before,” Stevenson said.

The gravity data have confirmed that in the midst of Jupiter, which is at least 90 percent hydrogen and helium by mass, there are heavier elements amounting to more than 10 times the mass of Earth. However, they are not concentrated in a core but are mixed in with the hydrogen above, most of which is in the form of a metallic liquid.

The data has provided rich information about the outer parts of both Jupiter and Saturn. The abundance of heavier elements in these regions is still uncertain, but the outer layers play a larger-than-expected role in the generation of the two planets’ magnetic fields. Experiments mimicking the gas planets’ pressures and temperatures are now needed to help the scientists understand the processes that are going on.

For Stevenson, who has studied gas giants for 40 years, the puzzles are the hallmark of a good mission.

“A successful mission is one that surprises us. Science would be boring if it merely confirmed what we previously thought,” he said.