Researchers from the University of Waterloo have developed a method that will detect roughly 10 black holes per year, doubling the number currently known within two years, and it will likely unlock the history of black holes in a little more than a decade. 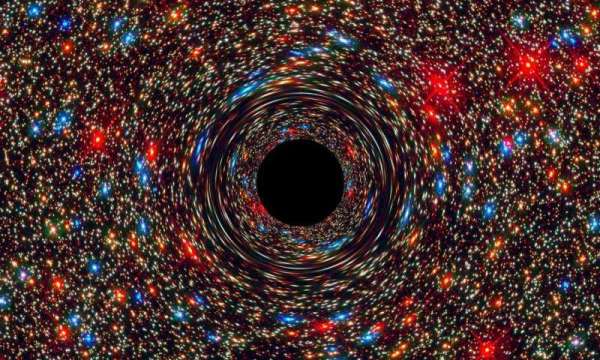 Avery Broderick, a professor in the Department of Physics and Astronomy at the University of Waterloo, and Mansour Karami, a PhD student also from the Faculty of Science, worked with colleagues in the United States and Iran to come up with the method that has implications for the emerging field of gravitational wave astronomy and the way in which we search for black holes and other dark objects in space. It was published this week in The Astrophysical Journal.

“Within the next 10 years, there will be sufficient accumulated data on enough black holes that researchers can statistically analyze their properties as a population,” said Broderick, also an associate faculty member at the Perimeter Institute for Theoretical Physics. “This information will allow us to study stellar mass black holes at various stages that often extend billions of years.”

Black holes absorb all light and matter and emit zero radiation, making them impossible to image, let alone detect against the black background of space. Although very little is known about the inner workings of black holes, we do know they play an integral part in the lifecycle of stars and regulate the growth of galaxies. The first direct proof of their existence was announced earlier this year by the Laser Interferometer Gravitational-Wave Observatory (LIGO) when it detected gravitational waves from the collision of two black holes merging into one.

“We don’t yet know how rare these events are and how many black holes are generally distributed across the galaxy,” said Broderick. “For the first time we’ll be placing all the amazing dynamical physics that LIGO sees into a larger astronomical context.”

Broderick and his colleagues propose a bolder approach to detecting and studying black holes, not as single entities, but in large numbers as a system by combining two standard astrophysical tools in use today: microlensing and radio wave interferometry.

Gravitational microlensing occurs when a dark object such as a black hole passes between us and another light source, such as a star. The star’s light bends around the object’s gravitational field to reach Earth, making the background star appear much brighter, not darker as in an eclipse. Even the largest telescopes that observe microlensing events in visible light have a limited resolution, telling astronomers very little about the object that passed by. Instead of using visible light, Broderick and his team propose using radio waves to take multiple snapshots of the microlensing event in real time.

“When you look at the same event using a radio telescope – interferometry – you can actually resolve more than one image. That’s what gives us the power to extract all kinds of parameters, like the object’s mass, distance and velocity,” said Karami, a doctoral student in astrophysics at Waterloo.

Taking a series of radio images over time and turning them into a movie of the event will allow them to extract another level of information about the black hole itself.