In 1969, a giant earthquake off the coast of Portugal kicked up a tsunami that killed over a dozen people. Some 200 years prior, an even larger earthquake hit the same area, killing around 100,000 people and destroying the city of Lisbon. 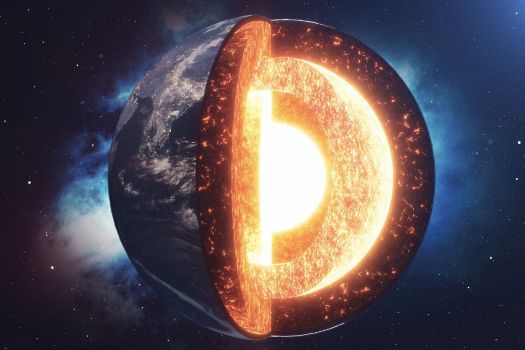 Two earthquakes in the same spot over a couple hundred years is not cause for alarm. But what puzzled seismologists about these tremors was that they began in relatively flat beds of the ocean — away from any faults or cracks in the Earth’s crust where tectonic plates slip past each other, releasing energy and causing earthquakes.

So what’s causing the rumbles under a seemingly quiet area? [In Photos: Ocean Hidden Beneath Earth’s Crust]

One idea is that a tectonic plate is peeling into two layers — the top peeling off the bottom layer — a phenomenon that has never been observed before, a group of scientists reported in April at the European Geosciences Union General Assembly held in Vienna. This peeling may be creating a new subduction zone, or an area in which one tectonic plate is rammed beneath another, according to their abstract.

The peeling is likely driven by a water-absorbing layer in the middle of the tectonic plate, according to National Geographic. This layer might have undergone a geological process called serpentinization, in which water that seeps in through cracks causes a layer to transform into soft green minerals. Now, this transformed layer might be causing enough weakness in the plate for the bottom layer to peel away from the top layer. That peeling could lead to deep fractures that trigger a tiny subduction zone, National Geographic reported.

This group isn’t the first to propose this idea, but it’s the first to provide some data on it. They tested their hypothesis with two-dimensional models, and their preliminary results showed that this type of activity is indeed possible — but is still yet to be proven.

This research has not yet been published in a peer-reviewed journal.