What could be described as the epicenter of Earth’s weakening magnetic field, is known as the South Atlantic Anomaly (SAA). The region of the SAA is the result of a decaying dipole geomagnetic field which is now so pronounced that it allows the close approach of Earth’s radiation streams known as the Van Allen belt. The magnetic field strength is so weak in this region it is a hazard for airplanes and satellites to fly or orbit near this sector because the high cosmic radiation in this area can destroy electronic and human cells. 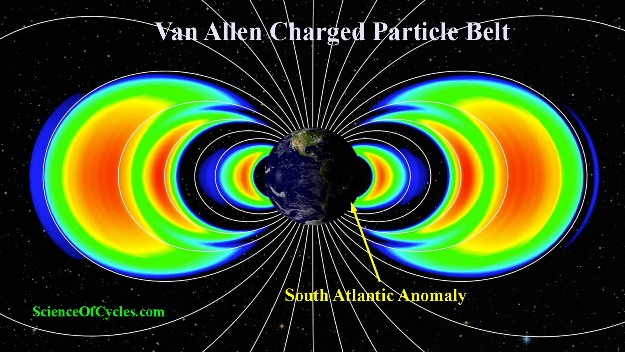 In archaeo-magnetic studies we find geophysicists have teamed up with archaeologists, to learn about the past magnetic field. Clay used to make pottery contains small amounts of magnetic minerals, such as magnetite. Regarding the Southern Hemisphere, data was collected from ancestral tribes in southern Africa which had lived in huts built of clay. Just as in the case of the firing and cooling of pottery, the clay in these structures recorded Earth’s magnetic field as they cooled. 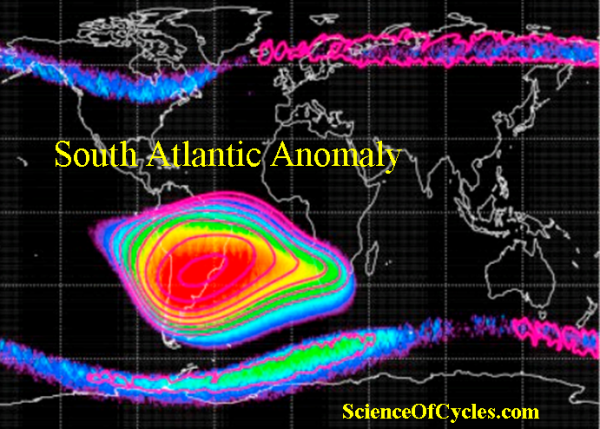 Over the last decade, researchers have accumulated images from the analyses of earthquakes seismic waves. As seismic shear waves move through the Earth’s layers, the speed with which they travel is an indication of the density of the layer. Now we know that a large area of slow seismic shear waves characterizes the core mantle boundary beneath southern Africa. It is known that regions of reversed flux at the core-mantle boundary have grown over time. New studies suggest the area known as the South Atlantic Anomaly, may be primarily responsible for the decay in the main dipolar field. This reverse patch is also responsible for the minimum in field strength now centered over South America.