MEXICO, (CNN) — The Popocatepetl volcano registered a strong explosion Tuesday evening in the states of Puebla and Morelos, in central Mexico, according to Mexico’s civil protection authority. 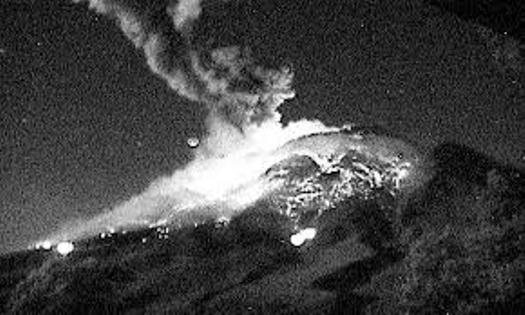 The explosion caused lava and ashes to spew, with a smoke plume almost two miles high emanating from the volcano’s dome.

Authorities have asked locals to remain in their homes.

No initial reports of damages or injuries have been reported.