The national coordinator of Civil Protection, Luis Felipe Puente, informed through his Twitter account that the Popocatépetl volcano presented activity. 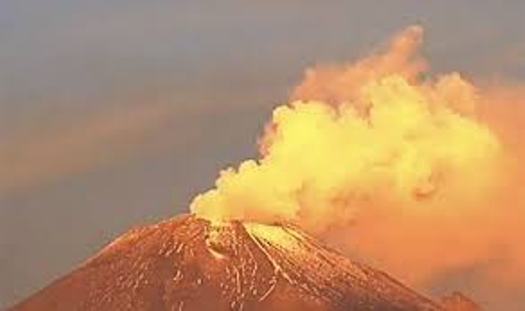 Around 3:00 AM on Tuesday morning, Popocatépetl exploded sending ash 2 kilometers high. The fall of ash caused by volcanic activity is recorded in Amecameca, Acuautla, Ecatzingo, Ozumba and Tepetlixpa.

Puente called on the population of the affected municipalities to take the Civil Protection recommendations, such as covering nose and mouth, not doing outdoor activities, keeping pets in a covered place and protecting their food, among other measures.

The director of the Municipal Civil Protection Operational Unit in Puebla, Gustavo Salvatori, reported that monitoring of the behavior of the volcano is maintained, as well as the direction of the wind that favors the fall of ash in the State of Mexico and Morelos.

The National Center indicated that little by little the conditions of the Popocatépetl return to normal, reason why the semaphore of volcanic alert will remain in yellow phase 2.