Researchers at Washington State University and the University of Idaho have found a new way to estimate how fast magma is recharging beneath the Yellowstone supervolcano. While their findings offer no help in predicting if the volcano will erupt, they can now get a better understanding of a key factor – a pool of basalt magma recharging the system – in how it works. 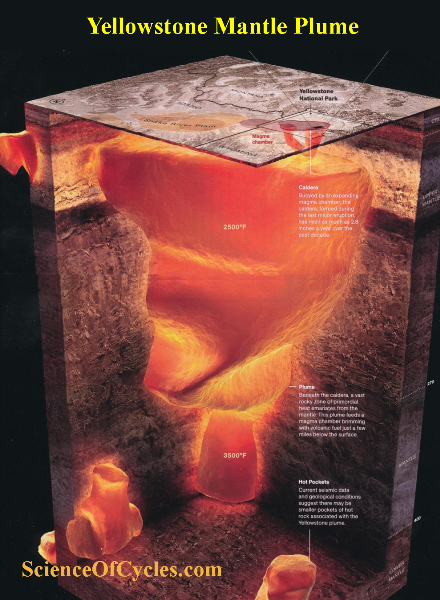 “It is the coal in the furnace that’s heating things up,” said Peter Larson, a professor in the Washington State University School of the Environment. “It’s heating up the boiler. The boiler is what explodes. This tells us what is heating the boiler.”

Some 640,000 years have passed since the volcano’s last major eruption. But it can be “super,” having produced one of the largest known blasts on Earth and spewing more than 2,000 times as much ash as Mount St. Helens did in 1980. 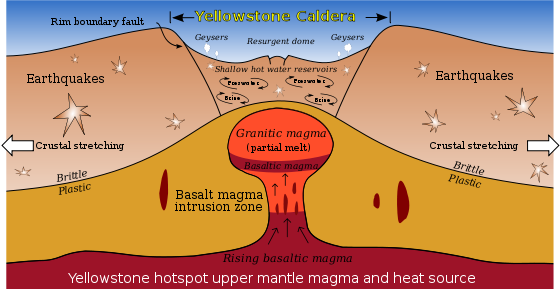 A major element in the volcano’s power is the explosive, silica-rich rhyolite that break’s through the Earth’s crust during an eruption. Larson and his colleagues focused on the plume of basalt magma heating the rhyolite from below.

“This gives us an idea of how much magma is recharging the volcano every year,” said Larson, whose findings appear in the latest issue of the journal Geosphere.

With funding from the National Science Foundation, the researchers “spiked” several hot springs in Yellowstone National Park with deuterium, a stable hydrogen isotope. The researchers used the length of time needed for deuterium concentrations to return to background levels and the temperature of the hot springs to calculate the amount of water and heat flowing out of the springs. Using deuterium for estimating heat flow is safe for the environment and has no visual impact to distract from the park visitors’ experience.

The study also has implications for geothermal energy, helping inform how heat is transported to the Earth’s surface from molten rock.

Your assistance has always been at the core of this model, without you we fail. Below is an example of how Science Of Cycles keeps you tuned in and knowledgeable of what we are discovering, and how some of these changes will affect our communities and ways of living. We are maintaining our open ended donation so you can place amount of your choice.  Cheers, Mitch