One type of a volcanic eruption, a phreatic (steam) eruption, which involves external water, is particularly energetic causing a disproportionate number of fatalities. Throughout the centuries, volcanic eruptions have claimed hundreds of thousands of lives due in part to the lack of accurate signs indicating imminent eruptions. Phreatic eruptions are extremely difficult to forecast, often occurring with little or no geophysical precursors. 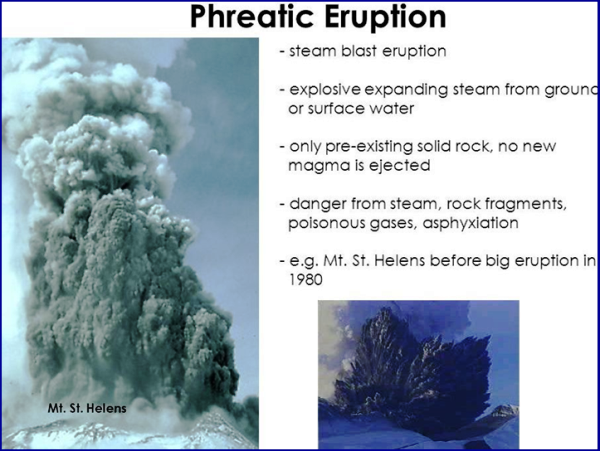 Recently, researchers at the Deep Carbon Observatory (DCO), led by Maarten de Moor from the Observatorio Vulcanológico y Sismológico de Costa Rica, Universidad Nacional, Heredia, Costa Rica, (and postdoc at UNM) along with University of New Mexico Professor Tobias Fischer, Department of Planetary Sciences and chair of the Deep Earth Carbon Degassing initiative, measured gas emissions from crater lake at Poás volcano in Costa Rica, in an attempt to determine some of the precursors to major volcanic eruptions.

“The initial goal of the study was to quantify gas fluxes (CO2, SO2, H2S) from Poas volcano and to monitor changes in gas compositions,” said de Moor. “The motivation behind the measurements was firstly to provide robust constraints on gas fluxes as a contribution to global volcanic gas emissions to the atmosphere, and secondly to monitor degassing in order to track volcanic activity for hazard mitigation purposes.”

Excerpt from EPSL paper: “The Poás crater represents one of the most chemically extreme environments on Earth and Poás Volcano National Park was visited by more than 200,000 tourists in 2014. About 60 seismically registered phreatic blasts occurred from the lake during the same year, ranging from minor “gas bursts” to highly explosive jets ejecting ballistics, sediments, vapor and lake water to more than 400 meters above the lake surface. ”

In a new article, published in Earth and Planetary Science Letters recently, the results from a DECADE (Deep Earth Carbon Degassing initiative) project to investigate gas emissions at Poás have delivered promising results.

The team measured gas emissions from the crater lake in situ using a fixed multiple gas analyzer station (Multi-GAS) during a two month period of phreatic activity in 2014. The lake was the site of intense phreatic eruptive behavior between 2006 and 2014.

“The accuracy, or proximity of the measured value to the true gas ratio, is most important for quantifying gas emission rates from the volcano and for comparing our measured gas compositions to those from other volcanoes or other studies at Poas,” said de Moor. “We did a series of laboratory tests using gas mixtures to estimate both accuracy and precision of the Multi-GAS measurements. These measurements give us confidence that the variations we see in the field data are real.”

“Diagnostic tests prove that the occurrence of eruptions and high SO2/ CO2 are statistically correlated, and that the occurrence of quiescence (no eruptions) and low SO2/ CO2 are also correlated. The results of these diagnostic tests from Poás show scientists that both true predicted values (successful “prediction” of eruption based on high SO2/CO2) and false predicted values (successful “prediction” of quiescence based on low SO2/CO2) are high, indicating strong evidential worth for the association between gas composition and eruptions.”

The gas composition data show significant variations in the ratio between SO2 and CO2, which are statistically correlated with both the occurrence and the size of phreatic eruptions. The scientists found that the composition of gas emitted directly from the lake approaches that of magmatic gas days before large phreatic eruptions.

“The changes in gas chemistry are due to the susceptibility of different gas species to reaction with hydrothermal fluids,” explained de Moor. “CO2 is essentially inert in ultra-acidic conditions and therefore passes through the hydrothermal system and acid lake with minimal modification. In contrast, SO2 is partially removed from the gas phase by hydrothermal reactions producing aqueous bisulfate and liquid/solid native sulfur.”

“We argued that the efficiency of S removal from the gas is inhibited with increasing gas flux through the hydrothermal system, resulting in increasing SO2/ CO2,” de Moor said. “Importantly, the results suggest that short-period pulses of magmatic gas and heat are directly responsible for generating individual phreatic eruptions.”

Excerpt from DCO report: “These promising results show that high-frequency gas monitoring may provide an effective means of forecasting phreatic eruptions. The biggest challenge to this monitoring approach is maintaining the Multi-GAS instrument in extremely harsh conditions. Peripheral components of the station were destroyed by a large eruption in June 2014, which spelled the end of the lake gas emission experiment. However, the instrument survived and is currently monitoring changes in fumarole gas composition.”

“My main concern is simply trying to keeping these instruments running at active volcanoes, because they are constantly being damaged by toxic gases and eruptions,” said de Moor. “If we can acquire good time-series data, we will learn a lot more about how volcanoes work, why they erupt, and how to predict explosions. We will then be able to do a time series analysis of this data”

“There are still many things scientists do not know about the interactions between magmatic gases and hydrothermal systems. This study shows in particular that kinetics are very important in these systems. Most geochemical models that are used to understand volcanic degassing assume equilibrium conditions. ”

“Volcanoes are perhaps the most dynamic physical and chemical systems on Earth,” said de Moor. “Once we accept that kinetic factors are often more influential than equilibrium conditions, we will come closer to understanding volcanic degassing processes.”