A team of scientists at The Scripps Research Institute (TSRI), University of California, San Diego (UC San Diego) and Illumina, Inc., has completed the first large-scale assessment of single neuronal “transcriptomes.” Their research reveals a surprising diversity in the molecules that human brain cells use in transcribing genetic information from DNA to RNA and producing proteins. 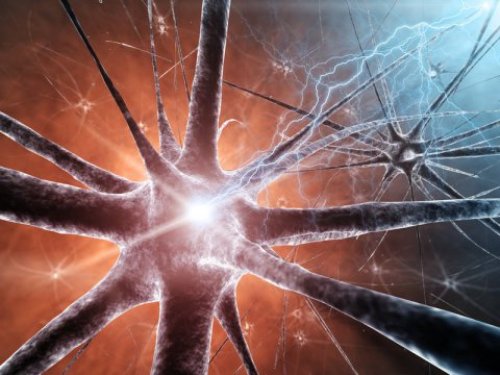 The researchers accomplished this feat by isolating and analyzing single-neuronal nuclei from the human brain, allowing classification of 16 neuronal subtypes in the brain’s cerebral cortex, the “gray matter” involved in thought, cognition and many other functions.

“Through a wonderful scientific collaboration, we found an enormous amount of transcriptomic diversity from cell to cell that will be relevant to understanding the normal brain and its diseases such as Alzheimer’s, Parkinson’s, ALS and depression,” said TSRI Professor and neuroscientist Jerold Chun, who co-led the study with bioengineers Kun Zhang and Wei Wang of UC San Diego and Jian-Bing Fan of Illumina.

The study was published on June 24 in the journal Science.

While parts of the cerebral cortex look different under a microscope–with different cell shapes and densities that form cortical layers and larger regions having functional roles called “Brodmann Areas”–most researchers treat neurons as a fairly uniform group in their studies.

“From a tiny brain sample, researchers often make assumptions that obtained information is true for the entire brain,” said Chun.

But the brain isn’t like other organs, Chun explained. There’s a growing understanding that individual brain cells are unique, and a possibility has been that the microscopic differences among cerebral cortical areas may also reflect unique transcriptomic differences–i.e., differences in the expressed genes, or messenger RNAs (mRNAs), which carry copies of the DNA code outside the nucleus and determine which proteins the cell makes.

To better understand this diversity, the researchers in the new study analyzed more than 3,200 single human neurons–more than 10-fold greater than prior publications–in six Brodmann Areas of one human cerebral cortex.

With the help of newly developed tools to isolate and sequence individual cell nuclei (where genetic material is housed in a cell), the researchers deciphered the minute quantities of mRNA within each nucleus, revealing that various combinations of the 16 subtypes tended to cluster in cortical layers and Brodmann Areas, helping explain why these regions look and function differently.

Neurons exhibited anticipated similarities, yet also many differences in their transcriptomic profiles, revealing single neurons with shared, as well as unique, characteristics that likely lead to differences in cellular function.

“Now we can actually point to an enormous amount of molecular heterogeneity in single neurons of the brain,” said Gwendolyn E. Kaeser, a UC San Diego Biomedical Sciences Graduate Program student studying in Chun’s lab at TSRI. Kaeser was co-first author of the study with Blue B. Lake and Rizi Ai of UC San Diego and Neeraj S. Salathia of Illumina.

Interestingly, some of these differences in gene expression have roots in very early brain development taking place before birth. The researchers found markers on some neurons showing that they originated from a specific region of fetal brain called the ganglionic eminence, which generates inhibitory neurons destined for the cerebral cortex. These neurons may have particular relevance to developmental brain disorders.

The enormous transcriptomic diversity of single neurons was predicted by earlier work from Chun’s laboratory and others showing that the genomes–the DNA–of individual brain cells can be different from cell to cell. In future studies, the researchers hope to investigate how single-neuron DNA and mRNA differs in single neurons, groups and between human brains–and how these may be influenced by factors such as stress, medications or disease.

The study was supported by the National Institutes of Health Common Fund Single Cell Analysis Program (1U01MH098977-01) and a Neuroplasticity of Aging Training Grant (5T32AG000216-24).