The activity at the volcano has been a bit lower during the past days, although overall similar to the past weeks. The lava dome continues to grow steadily. 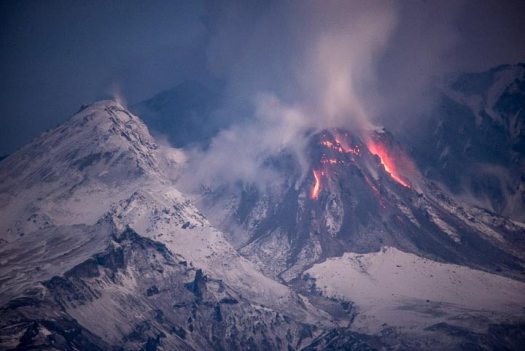 During the past nights, we observed frequent, but mostly small glowing avalanches from the active dome as well as small ash emissions and intense steaming. The upper third of the dome, now over 800 m high, seems to be active with many incandescent spots visible.

No larger events (pyroclastic flows traveling beyond the base of the cone or explosions with significant ash emissions) have been observed since our arrival on 16 Mar. According to the volcano observatory, internal activity remains elevated, and the risk of a major dome collapse continues to increase.