A team of researchers with Université Paris-Saclay has found evidence suggesting that the planet Venus may once have had an ocean. In their paper published in Journal of Geophysical Research: Planets, the group describes entering a multitude of data into a computer simulation and running it using different parameters, showing the likelihood that Venus once had a thick cloud cover and a thin ocean. 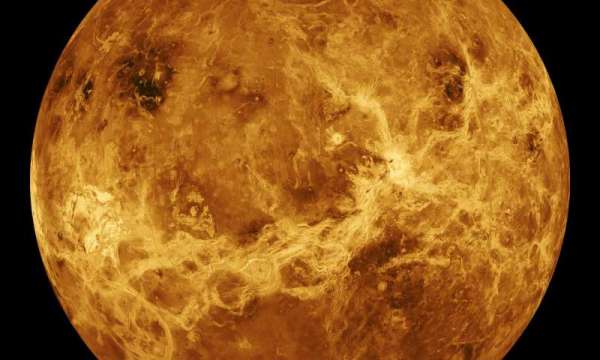 The planet Venus today has a barren landscape and is extremely hot—likely too hot to harbor life. But the researchers with this new effort believe that at some point in the distant past, there was enough cloud cover over the planet to make surface conditions cool enough to support an ocean.

As the researchers note, Venus rotates very slowly compared to Earth—one Venus day takes approximately 116 days on Earth. This is one of the factors the researchers took into consideration as they built their model. They also added other factors such as carbon dioxide levels, heat from the sun and estimated water on the planet—along with data from prior work resulting in theories regarding how planets form. Most such theories suggest that rocky planets like Venus would have been extremely hot during their early stages due to the energy involved in their formation. The researchers assumed that was the case for Venus and attempted to recreate those early conditions in their simulation to show what might have happened as the planet cooled.

The researchers note that if early Venus had the same amount of carbon dioxide as today, it would be enough to allow for water to exist on the surface under cooler conditions—and if there were sufficient cloud cover, the simulation showed, the planet would need just 30 percent of the mass of the Earth’s oceans to form its own shallow ocean. The researchers acknowledge that the computer simulations do not prove Venus had an ocean, but instead merely suggest it was possible. To date, multiple craft have made landings on the planet’s surface (the Soviet Union’s Venera series in the 1970s and early 1980s) but none were capable of digging beneath the surface to see how much water was there, if any. If enough was found, it would strongly bolster theories regarding the possibility of an ancient ocean.